2019 Audi S8 Spotted Shaking Its Hips At The Nurburgring 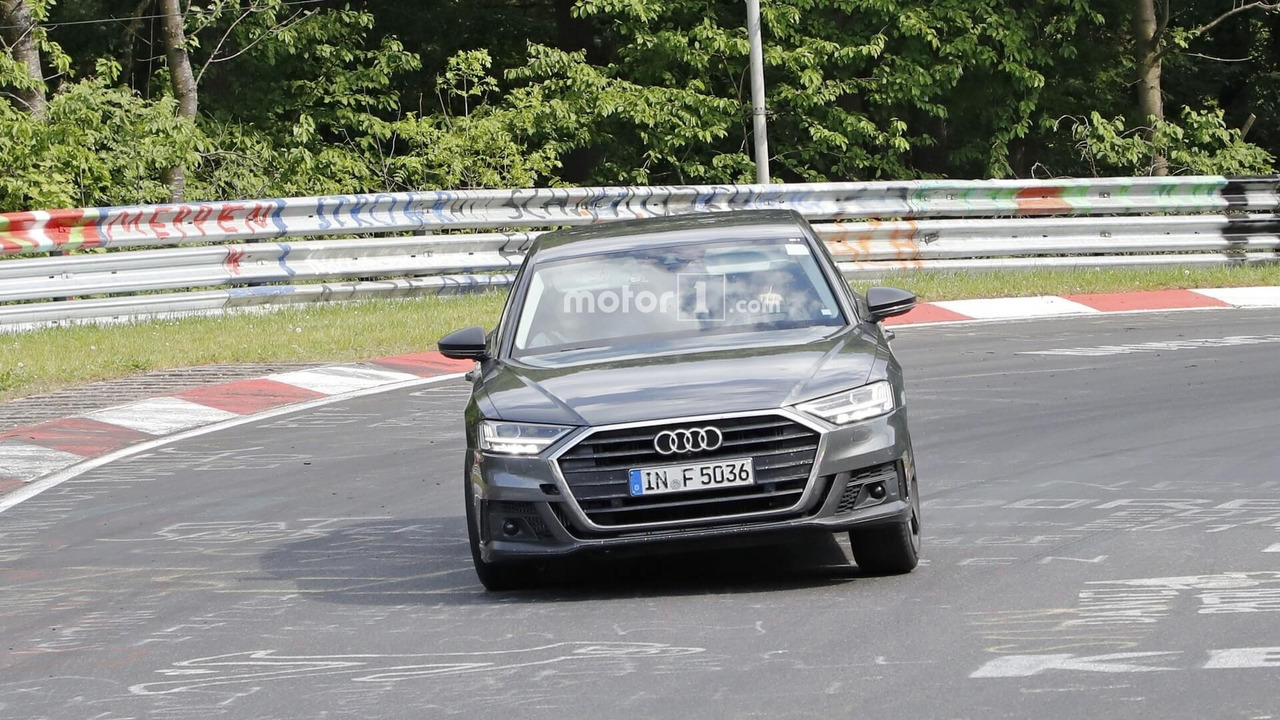 Only at the 'Ring you'll see a fullsize luxury sedan powersliding.

Just last week our spies saw a prototype of the new BMW M3 dancing around the Green Hell and now they’ve spotted another test vehicle sliding around the Nürburgring. Audi didn’t even bother to camouflage its super sedan, which likely means an official reveal of the S8 will occur in the near future. We could see it as early as October during the Paris Motor Show.

In typical Ingolstadt fashion, less is more seems to be the styling theme adopted by Audi as the new super sedan will feature only discreet styling tweaks compared to the other versions of the company’s flagship model. It’s easy to see the large (19-inch?) alloy wheels with Audi Sport-branded brake calipers lurking behind, while the rear bumper has been modified to accommodate the quad exhaust tips.

The prototype sits very low and appears to be glued to the road while powersliding through the numerous corners of the famous track. Interestingly, judging by the license plate, it’s the very same car caught at the beginning of the month, but with different wheels.

It is believed Audi will adapt the Porsche Panamera Turbo’s biturbo 4.0-liter V8 and rumor has it power will grow over the old S8 by somewhere in the region of 20 horsepower, which would bring the grand total to 540 hp. There isn’t going to be an S8 Plus because that role has been reserved to an S8 E-Tron with the same hybrid powertrain as the Panamera Turbo S E-Hybrid. However, don’t expect the beefier S8 version to feature Porsche’s full 680-hp output.

Those with an appetite for larger engines can still get the mighty A8 W12, but bear mind it’s a dying breed as Audi has announced the current generation of its luxobarge will be the last to offer a twelve-cylinder engine.

Much like BMW is refusing to make a full-blown M7 to fight Mercedes-AMG’s S63, Audi is steering away from introducing an RS8, opting instead to come out with an RS Q8 now that go-faster luxury SUVs are gaining momentum.