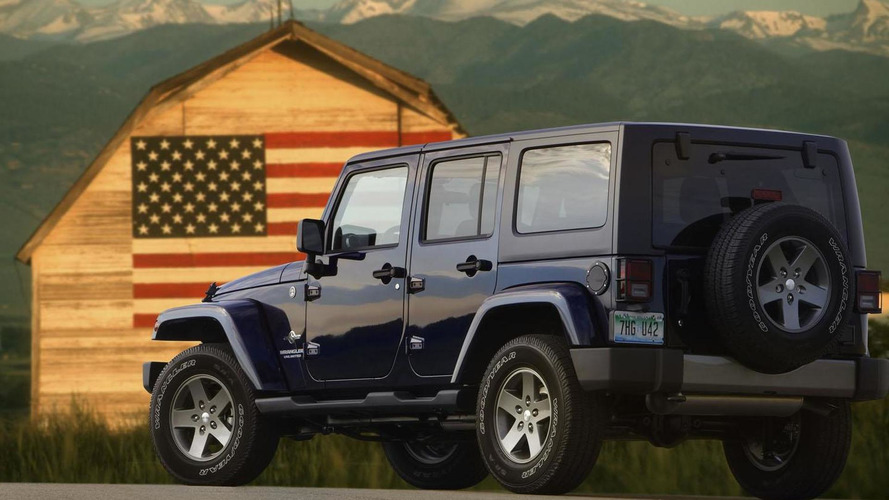 Forty-nine percent said a car built in China would have no impact on a purchasing decision.

Drive through any Midwestern town, and you’re likely to see some quasi-patriotic bumper sticker about how American it is to buy an American product. Or how buying American can save your own job. These are often found on the tailgate of a pickup truck – but not always. I have yet to see one on the bumper of a Honda Accord – built in Marysville, Ohio. A new study from Autolist.com suggests all that nationalistic chest thumping is disappearing into the void. Some 53 percent of respondents said a car’s country of origin – where the car is built – does not matter. Thirty-nine percent said the country of origin did matter while eight percent were undecided.

The study also looked at consumer sentiment toward cars produced and China, and the results are fascinating. Forty-nine percent said a vehicle assembled in China would have no impact on their decision to buy such a car. However, 30 percent said a Chinese-made vehicle would impact their decision while 21 percent were unsure. One of the chief concerns about a Chinese-made car was build quality, according to 26 percent of respondents. Twenty percent said U.S. jobs was the second concern followed by 14 percent citing reliability concerns.

One question split respondents – some 1,264 car shoppers surveyed in May – right down the middle: Awareness of Chinese-sourced vehicles in the U.S. market. Fifty-one percent said they were aware brands like Volvo, Ford, and GM – Buick and Cadillac – sourced vehicles from China. Some 49 percent of those surveyed were unaware of this.

Autolist.com is a site that helps consumers find, buy, sell, and finance vehicle purchases. While no survey is perfect, the results are interesting. At a time when there’s much discussion about the importance U.S. manufacturing and ways to grow the industry, it appears most consumers don’t really care where their car is built.

Origin story: Consumers unfazed by what country their vehicles are built in, poll finds

Despite months of headlines about manufacturing moving out of the U.S., along with plenty of political rhetoric on the topic, a majority of U.S. car shoppers say the country where their vehicle is built doesn’t matter to them, according to a recent Autolist.com study.

While vehicle production in Canada and Mexico has received the lion’s share of the attention recently, thanks largely to concerns about NAFTA, China is emerging as a key assembly location for automakers eager to get a slice of that country’s lucrative and sizable auto market.

As a result, it’s also become financially advantageous to import some of those vehicles to the U.S. market.

Last year, Ford announced that it would build its next-generation Focus compact car in China instead of Mexico as it had originally planned. That model — dubbed the Focus Active and seen above — is expected to hit the U.S. market in the middle of 2019.

Consumers, for their part, seem unfazed by a vehicle being built in China.

When pressed on their main concerns about vehicles built in China, build quality was most cited, with 26 percent of respondents saying it would be their top issue. The impact on U.S. jobs was the second most cited concern with 20 percent; reliability was third with 14 percent.

Awareness of Chinese-sourced vehicles in the U.S. market was split evenly among consumers, with 51 percent of respondents saying they were aware of brands like Volvo, General Motors and Ford’s Chinese-sourcing; 49 percent of consumers said they were unaware of this.