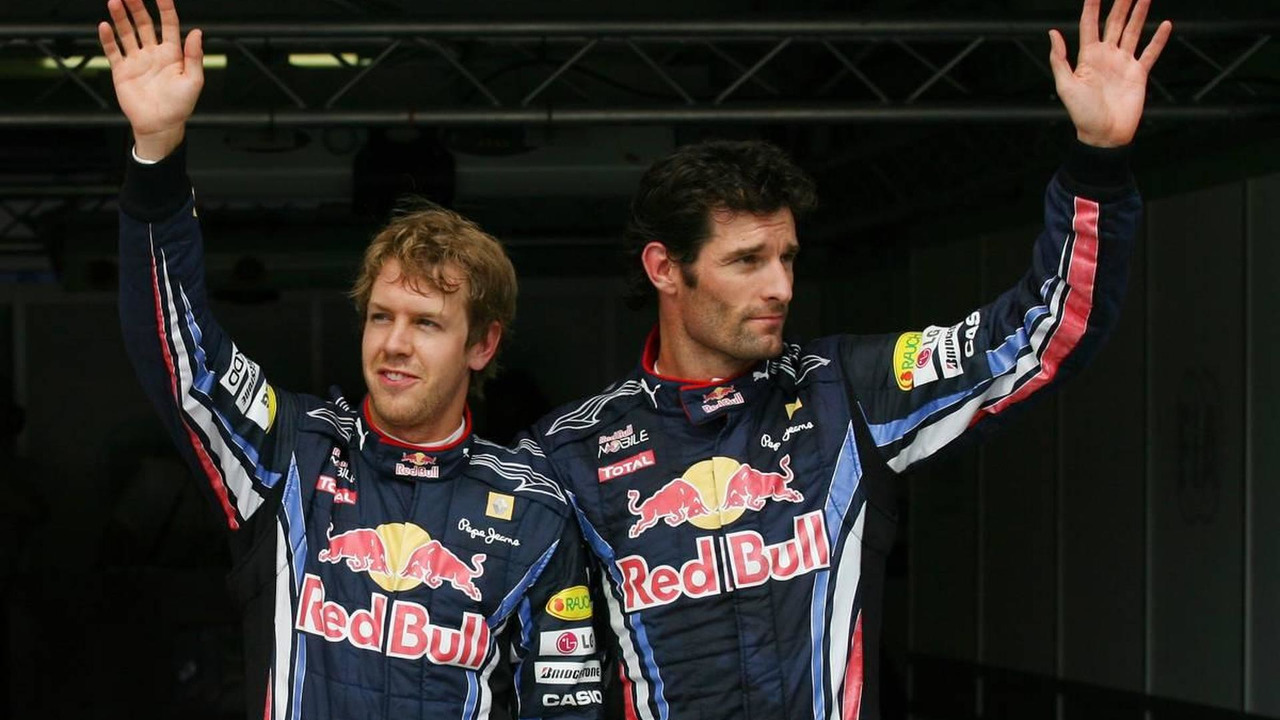 Christian Horner has answered "no" as to whether Red Bull will be using team orders in the three-race run to the 2010 world championship.

Christian Horner has answered "no" as to whether Red Bull will be using team orders in the three-race run to the 2010 world championship.

Separated by 14 points, both leader Mark Webber and his young teammate Sebastian Vettel are both in the running for their first drivers' titles.

Flavio Briatore has been recently highly critical of the team's philosophy of equality, but boss Horner insists he will not be favouring Webber over Vettel.

"What else should he (Briatore) say as Mark's manager?" Horner is quoted on Friday by F1's official website. "My answer is a clear 'no'.

"Of course, I can imagine that Flavio would prefer it if we go the Ferrari way and put our efforts behind only one driver, but that would be wrong, as both are right in the middle of the fight for the title.

"The only thing we expect from them is that they don't hamper each other," added the Briton.

Horner said it is a "luxury" for Red Bull to have two competitive drivers vying for the title, but it is feared their fight could allow Fernando Alonso to pick up the pieces and his third drivers' title.

He admitted that it is not necessary to "dig too much into psychoanalysis to understand that if two guys are fighting for the most prestigious title in motor sport then tension is part of the game".

Horner described their Istanbul crash earlier this year as a "huge challenge", leaving a big task now so that "neither feels disadvantaged".

But both Webber and Vettel are still able to be champion, he insisted.

"I promise that the team will not interfere in the race for the title," said Horner.