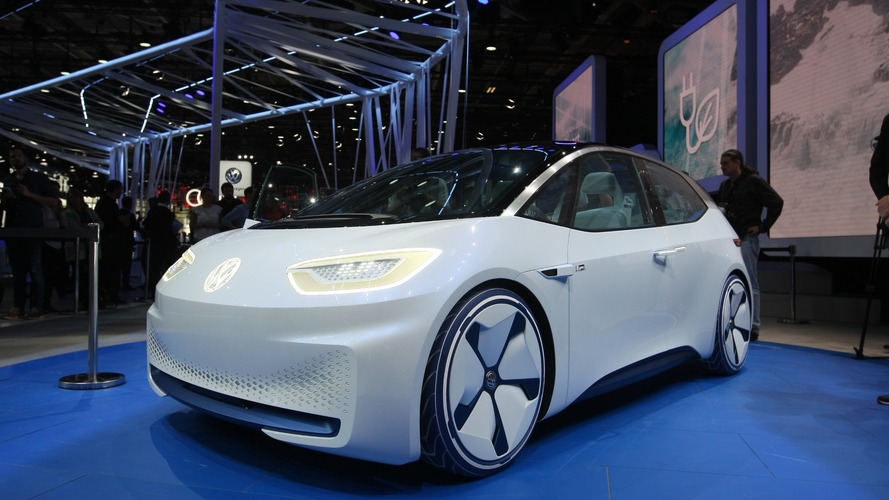 The company had to drop the cameras for rearview mirrors and electric door handles from the concept, though.

The production version of the Volkswagen I.D. concept arrives in Europe in early 2020, and Klaus Bischoff, the German brand's design boss, says that the road-going model looks a lot like the show car from the 2016 Paris Motor Show.

"The proportions, the design cues, and the wheel size are the same as the concept," Bischoff told Autocar. "It looks like the show car. We couldn’t do the camera-system rear-view mirrors for legal reasons, nor the electric door handles due to cost. But other than that, it’s pretty much the same."

The I.D. is about the same size as a VW Golf and features a sleek, futuristic take on the classic five-door hatchback. Bischoff's quote hints that the concept's fascinating headlights might be on the production version. The LED headlights imitate human eyes by blinking up and down at startup and a pupil-like center section that moves left and right with the steering.

The I.D. will be VW's first dedicated EV on its new MEB architecture. "We had the unique chance to lead Volkswagen into a new age. Electric drive provides greater freedom for designers," Bischoff told Autocar.

In concept form, the I.D. featured a 168-horsepower (125-kilowatt) electric motor and single-speed transmission that mounted to the rear axle. This packaging allowed for more room for occupants in front. The powertrain allowed the hatchback to reach 62 miles per hour (100 kilometers per hour) in under 8 seconds and a top speed of 99 mph (159 kph). At the time, VW said it would offer multiple battery capacities to give the vehicle a range from 249 miles (401 kilometers) to 373 miles (600 km).

VW will start building the I.D. in November 2019 with sales beginning very early the following year. The company won't offer the electric hatchback in the United States, but a production version of the I.D. Crozz concept will reportedly arrive in America later in 2020. Road-going interpretations of the I.D. Buzz retro-inspired van and I.D. Vizzion sedan will eventually be part of VW's growing lineup of electric vehicles.