Porsche 911 Prototype Looks Like A GT3 Touring Cabrio, But Is It? 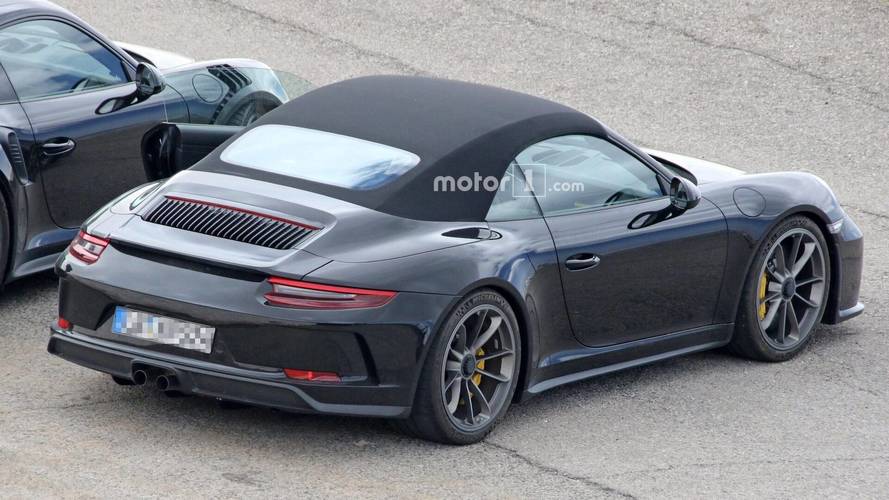 Could we be possibly looking at the Speedster?

The 911 lineup is so vast it feels like every month either Porsche is launching a new version / special edition or our spies catch on camera the next Nine Eleven flavor. It’s a known fact the 991 / 991.2 generation is about to be retired taking into account the 992 has already been teased ahead of its reveal in the second half of the year. Despite the fact a new-gen model is right around the corner, there’s still time to roll out (at least) one more derivative of the outgoing model.

We’re talking about the Speedster special edition rumored to be capped at only 1,948 units to mark 70 years of the Porsche brand, which kicked things off back in 1948. We’ve seen numerous spy shots of the model in question, but these new images appear to be showing a test vehicle carrying a slightly different body. The changes are noticeable at the back where we’re immediately being reminded of the 911 GT3 with the Touring package, but obviously in a droptop form. Here's a side by side photo comparison to better illustrate the similarities between the two, as well as the differences (engine cover, spoiler between the taillights):

It remains to be seen whether this is in fact a more evolved 911 Speedster prototype closer to production or Porsche is actually making a 911 GT3 Touring Convertible. We’ll find out in just a few months as whatever the company is preparing, it will certainly be officially unveiled before the 992’s debut. Our money is on the Speedster as all the rumors have been pointing towards the launch of a new one to follow the 2011 model and serve as a last hurrah for the 991.