The camouflage likely hides a lot of body-color details.

New spy shots catch GMC testing the Elevation Edition of the latest Sierra pickup. Like the previous version, the changes appear to focus on giving the truck more style rather than giving it more capability.

The changes to the Elevation Edition adjust the grille slats, the surround, and lower fascia. There are revisions to the rear bumper, too. If the tweaks for latest Elevation Edition follow the previous one, then these camouflaged pieces are likely the same color as the body. 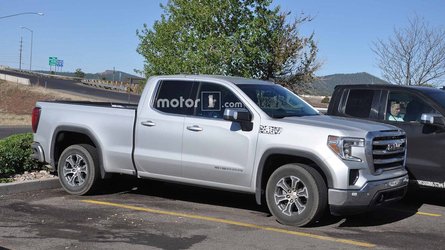 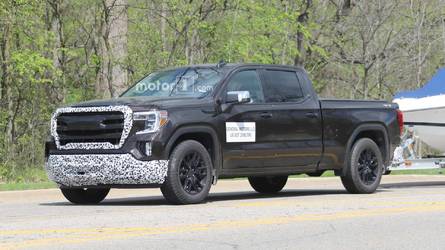 These shots don't provide a look at the cabin, but don't expect any major differences. For example, the previous Elevation Edition included generally optional equipment like a six-speaker stereo, 110-volt power outlet, and Wi-Fi hotspot.

The new Sierra doesn't go on sale in the United States until this fall, and GMC is slowly divulging details about the lineup. Luxury-minded buyers will want to look at the Denali with its leather interior, wood trim, and optional carbon fiber bed. The SLT won't be quite as posh but will still come with tech amenities like the MultiPro Tailgate with an upper section that will fold separately for an easier time putting smaller loads into the back. The AT4 (gallery above) will be a more rugged take on the Sierra by featuring a two-inch suspension lift, upgraded dampers, two-speed transfer case, locking rear differential, and skid plates. According to spy photos, there will also be an SLE base model with less chrome and smaller wheels.