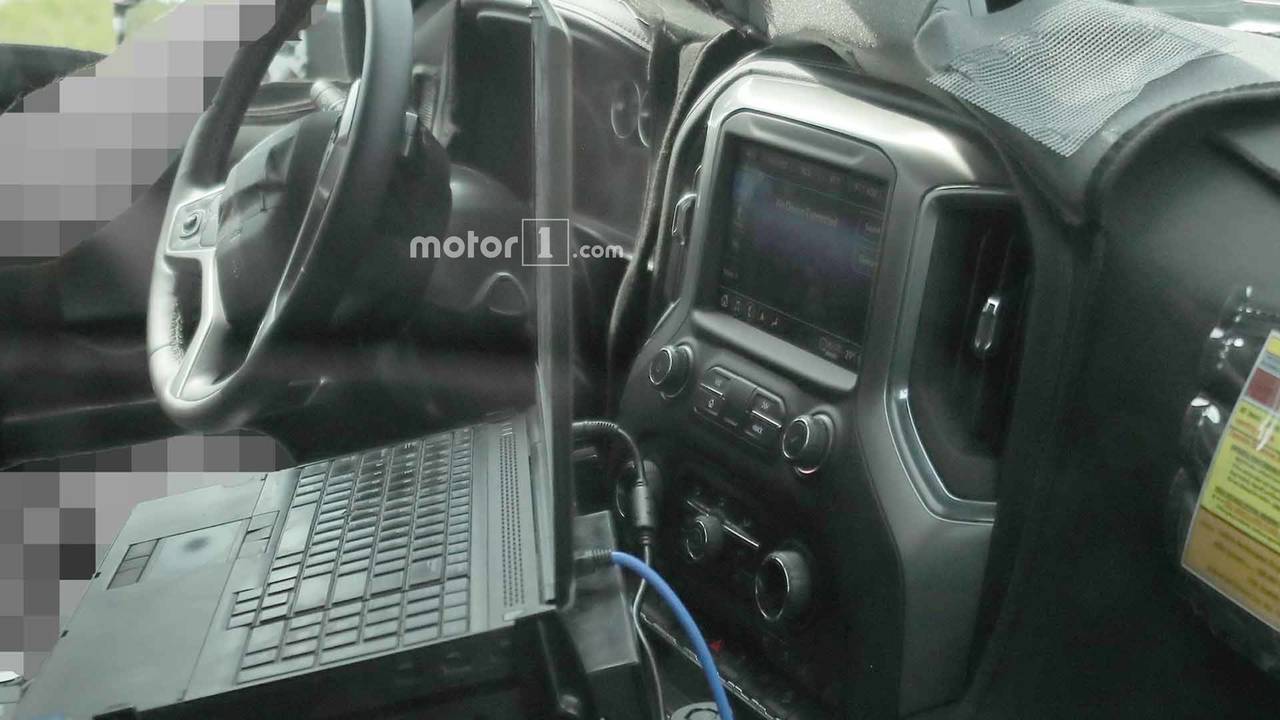 It looks a whole lot like the Silverado 1500 in there.

While spy shots have already showed us the exteriors of the new generations of Chevrolet Silverado HD and GMC Sierra HD, a new batch of photos has finally revealed the interior of one of these trucks – specifically a Silverado 3500 HD. This pickup appeared to be doing a hauling test because it was towing a massive horse trailer.

The new Silverado HD appears to take major cues from the latest generation of the Silverado 1500 pickup (above right). Their center stacks are very similar by using a large screen on top with vents flanking the display. The knobs for the infotainment system sit directly underneath it. HVAC controls and an array of additional buttons are at the very bottom of the tower. The multi-function steering wheel looks the same, too.

See More Of The New Silverado HD And Sierra HD:

The biggest difference is the instrument cluster. The Silverado HD has two silver-trimmed instruments in the center of the panel, but so far Chevy only has images of the 1500 in range-topping High Country trim with a digital display in the middle of the panel. It's possible that this test mule is lesser version in the lineup and has the physical gauges.

On the outside, this truck is easily identifiable as a Chevrolet because several of the letters are visible in the grille, even through the camouflage. A teaser image (above) already provided a much better look at the truck's broad, chrome-trimmed front end (above).

There still aren't clear details about powertrain changes for the Silverado HD. Whatever is under the hood, these photos indicate that Chevy's engineers apparently want to make sure that it can haul a stable of horses at one time. Chevy may keep the current gas-fueled 6.0-liter V8 and diesel-fueled 6.6-liter V8 but update them for greater towing capability.

The Bowtie had already confirmed the Silverado HD's debut in 2019 and production beginning in the third quarter of 2019. Look for the more luxurious GMC Sierra HD to arrive around the same time. 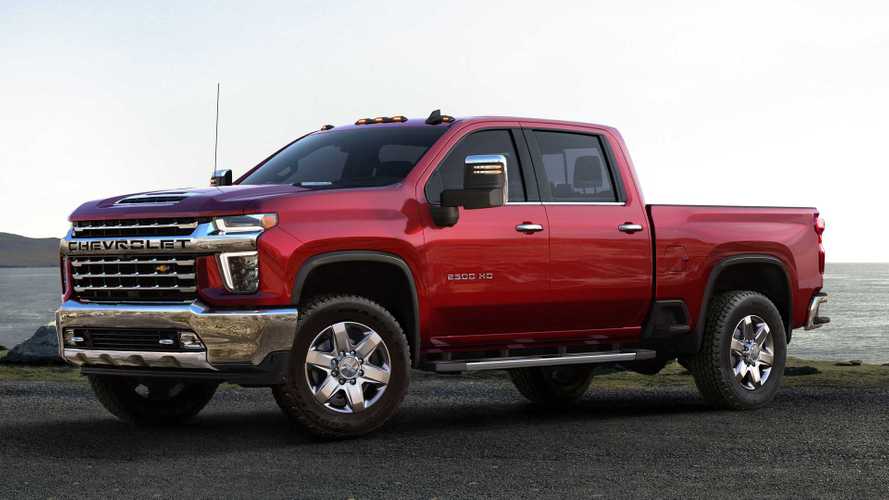