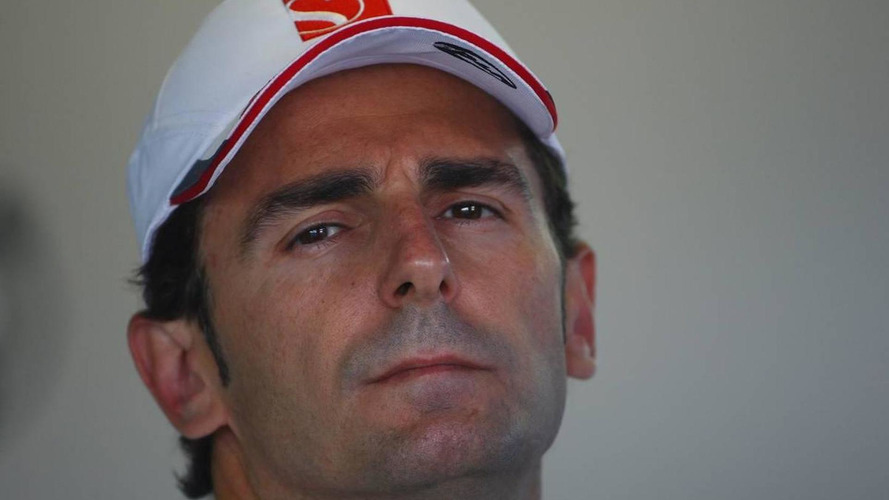 Pedro de la Rosa has vowed to catch up with his former team boss Peter Sauber at the end of the season.

Pedro de la Rosa has vowed to catch up with his former team boss Peter Sauber at the end of the season.

The Spaniard raced with the Swiss team in 2010 until last month's Italian grand prix, whereafter he was replaced for the last five races by Nick Heidfeld.

Sauber said he made the decision in order to gauge the true pace of the Ferrari-powered C29 car.

De la Rosa has told Spanish radio Cadena Ser this week that he will catch up with the 67-year-old after the Abu Dhabi finale "to see if it was the right decision".

He admits that Sauber's explanation that it was de la Rosa's consistency that motivated the decision "hurt me".

But he said German Heidfeld is a "good driver, but the quality all the way through the field is very close".

39-year-old de la Rosa also admitted that the occupant of the sister car, Kamui Kobayashi, is "much better than you think".

He also said that if he had strong sponsors, "I would still be there".

On the three-race championship fight, de la Rosa tipped countryman Fernando Alonso "but I don't know if that's my brain or my heart speaking".

He also said the layout of the Korean circuit looks "mixed", with the tighter sections favouring the Red Bull, and the Ferrari to be better on the long straights.