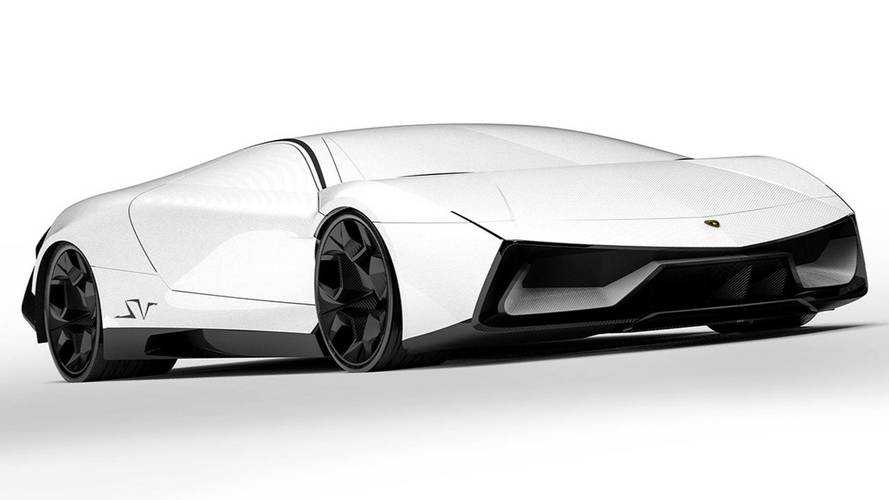 The student-designed concept would look lovely in the supercar lineup.

Lamborghini design in recent years has become more sophisticated. Cars like the Huracan and the Aventador, while still sharp, are modern and far sleeker than some of their earlier, more rigid counterparts. But student and designer Fernando Pastre Fertonani wants to up the ante even further; his Lamborghini Pura SV rendering is a stunning example of minimalist design, and a bold look at Lamborghini's performance car future.

Like many of its production counterparts, the Pura SV concept adopts a number of Lamborghini design cues. In this case, those sharp angles – particularly in the front fascia – come paired to a silky smooth body, unimpeded by features like side mirrors, door handles, or even a windshield. Of course, this concept is far futuristic – it promises to be in production for the year 2022.

While the body may be impressively sleek, the front and rear are still appropriately edgy. The taillights come housed in the rear spoiler, and the massive diffuser hides a set of dual exhaust tips. Up front, the same sharp angles carry over, and include a pair of large intakes just underneath the nose, flanked by two larger vents at each corner.

Fernando doesn’t suggest what type of powertrain might be under the hood, but we imagine a hybrid setup similar to the Terzo Millennio, or even something fully electric. Lamborghini plans to introduce battery-powered drivetrains at least by 2026, so this concept could theoretically be the first implementation of that new tech.

Stunning as it may be, the Pura SV is still just a concept. Lamborghini has no plans to bring the student design to production. Instead, we’ll have to wait for the new Aventador SVJ, which promises to be one of the most track-oriented Lamborghini vehicles yet. Rumor has it that it could even be gunning for Porsche’s Nurburgring lap record.