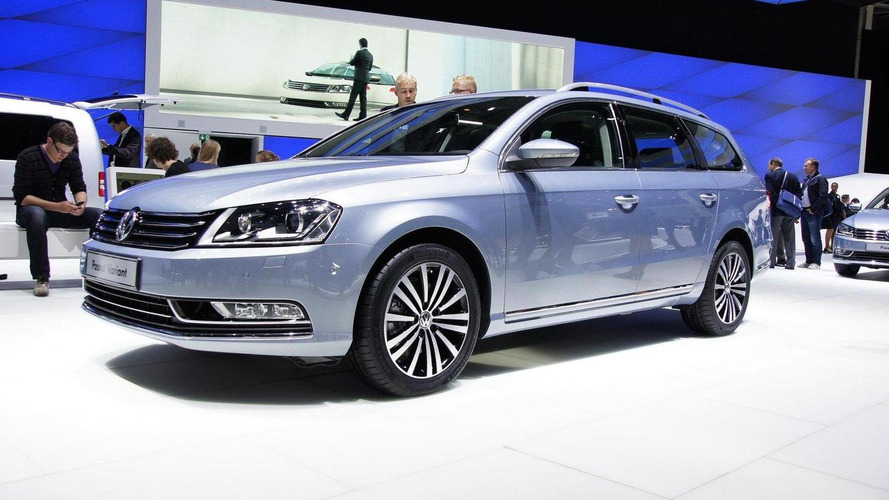 2011 Passat features technology such as a fatigue detection system and a city emergency braking function. 10 engines in the range come with improvements in fuel-economy of up to 18 percent over their predecessors.

Volkswagen has released full details on the 2011 Passat model that goes on sale in Europe next month.

VW has labeled this the next-generation Passat, although, much of the automotive press has stuck with the term "major facelift" given that the model is still built on the existing platform. But there's plenty new in the 2011 Passat, notwithstanding the new design, to warrant a next-generation claim.

We've previously covered the main points of the 10 different engine options available on the new Passat. The entry-level 1.6 liter TDI diesel with 77 kW (105 PS) gets a very green 4.2 liters/100 km fuel-economy rating while all the diesels are fitted with a stop-start system as standard to improve emissions and efficiency. The range of engines feature economy improvements of up to 18 percent over their predecessors.

New tech on the Passat includes a fatigue detection system, a first for a car in this segment, which comes standard in the Comfortline trim-level and on upwards. Also, there's a city emergency braking system that works at speeds under 30 km/h that can initiate braking when sensors detect a chance of collision.

Likely a very practical feature is the Easy Open function for the trunk which allows for a person to open the rear boot of the Passat with a foot. motion. The ACC, adaptive chassis control also helps insure a comfortable and stabler ride.

Aside from a 6-speed manual, the 2011 Passat will be offered with both the 6-speed and 7-speed DSG gearboxes from Volkswagen.

The 2011 Volkswagen Passat will be available in Germany as of mid-November and the model goes on sale in the rest of Europe near the end of that month.