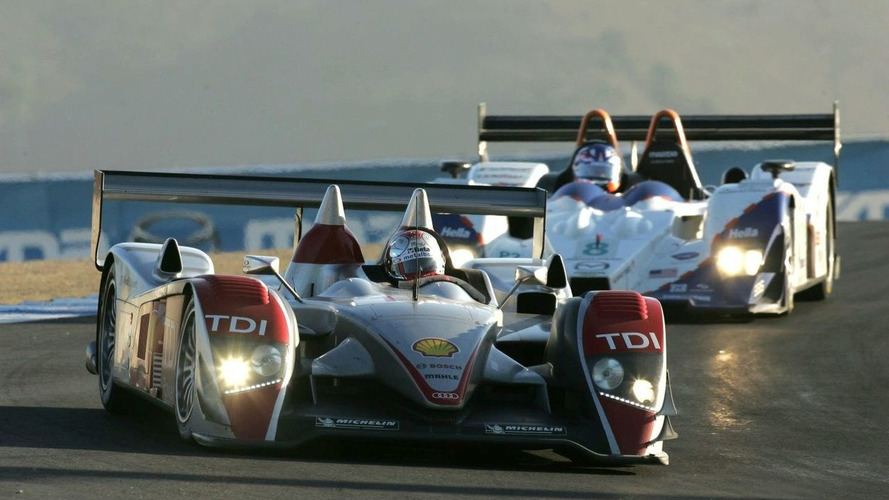 Motorsports have been created to prove automobiles were trustworthy. Later they helped develop technologies to make cars safer, faster and cleaner.

Motorsports have been created to prove automobiles were trustworthy. Later, when these vehicles already had the confidence of consumers (and were no longer threatened by carriages…), they helped develop technologies to make cars safer, faster and cleaner. That’s why it should be no surprise if the Audi R10 wins this year’s edition of Le Mans powered not only by diesel, but by the most interesting kind of this fuel so far: the BTL, or biomass-to-liquid, a second-generation fuel that is produced from straw, useless pieces of wood, compost and other things you would call garbage, but scientists call biomass.

The previous fuel used in the Audi R10 was also a SynFuel (synthetic fuel), the GTL (gas-to-liquid) diesel, but, since it does not come from a renewable source, but from natural gas, carbon dioxide emissions where still a problem. The idea is simple: petroleum was a way Mother Nature found to get rid of carbon and to balance its presence in the atmosphere. When we burn it, we send that carbon back to the air and increase the green-house effect. When we burn fuels made from plants, we only use the carbon that was already there, the same one the plants took from the atmosphere to feed themselves and built their bodies.

BTL solves a major concern about biofuels, the fear that producing energy for vehicles would eliminate space for producing energy for people, or else, that farmers would rather produce diesel than food. The first generation biodiesels are based on the oil extracted from seeds such as soy. Brazil, for example, still bets on this alternative, since the country produces ethanol from sugar cane since the 1970’s and it has loads of lands that are only used to raise cattle, but when India, China and the USA start demanding biofuels for their vehicles, these lands may not be enough.

Shell’s Global Technology Manager Racing Fuels, Richard Karlstetter, said last year, in the “Trade & Investment Energy Efficient Motorsport Conference” held by MIA (Motorsport Industry Association) that “the very first drops of BTL to come from Shell’s pilot plant” would be used for motorsport. Since the first drops have already fallen, he has predicted in the 2nd European Cleaner Racing Conference that the winner vehicle may soon win Le Mans one more time, but now with the help of BTL.