Even while cruising, the roar of the V12 is sensational.

It’s a known fact Monaco is the go-to place to witness the very best the automotive world has to offer as the wealthy individuals visiting the wonderful place on the French Riviera usually bring their shiniest four-wheeled toys. Between Mercedes-AMG GTs and McLarens, a different car from a niche automaker not many people have heard of managed to stand out and grab the attention of the bystanders.

That car was the alien-like Apollo Intensa Emozione, which unlike the high-end models mentioned above, packs an “old-school” powertrain in the form of a V12 without forced induction very few cars are available with nowadays. Even while the car is barely moving, the naturally aspirated 6.3-liter unit sounds nothing short of amazing and complements the spectacular exterior design some might be tempted to say belongs to a track-only model.

As the video shows, the Apollo IE is fully road legal, although we won’t be seeing much of it taking into account production will be capped at strictly 10 cars. The 780-horsepower monster may pack a huge engine underneath that intricate bodywork painted in a striking Purple Dragon shade, but that doesn’t mean the car is heavy. On the contrary, it tips the scales at a mere 1,250 kilograms (2,756 pounds), which corroborated with the immense power and the high-tech aero, allows the IE catapult itself to 60 mph (96 kph) in 2.7 seconds en route to 207 mph (333 kph).

Those ten individuals fortunate enough to claim the $2.6-million beast will be able to race it in a dedicated Apollo Time Attack series. We can only imagine that’s going to be a lot of fun and hopefully one day we'll get to see the hypercar being pushed to the max as so far most of the videos have been showing the IE at cruising speeds. 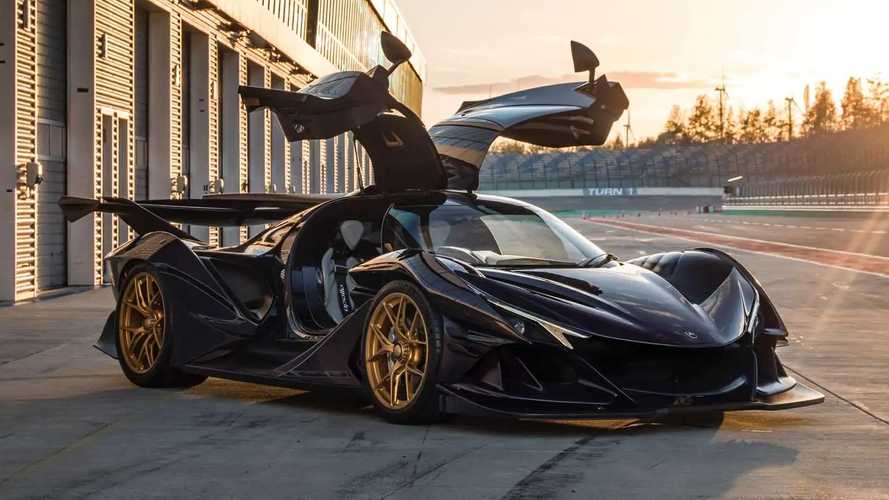