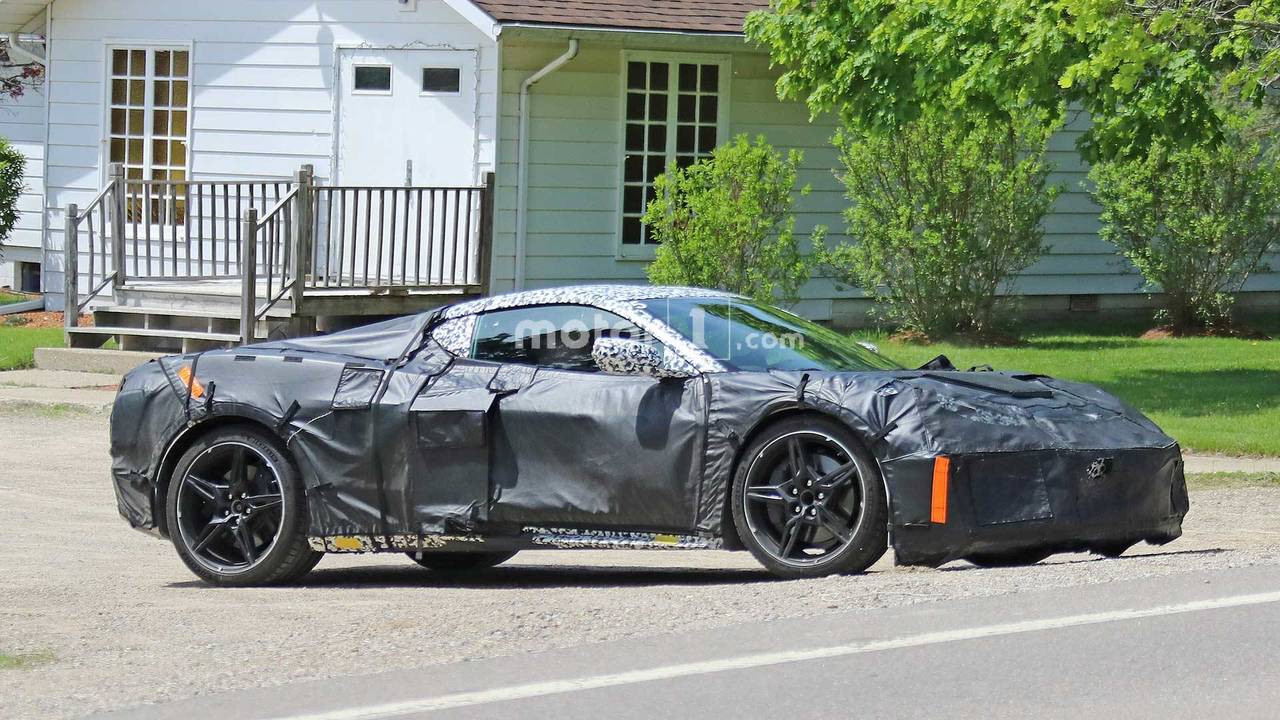 This is our clearest look yet.

We’re slowly getting closer to the day there’s a mid-engined Chevy Corvette for sale. Numerous spy photos and videos have caught the elusive – and poorly hidden – project testing on public roads. It’s hard to hide such a fundamental change to Corvette brand under some gaudy camouflage. When the mid-engined Corvette hits the market – likely sometime in 2019 as a 2020 model – it won’t replace the current C7 Corvette. Instead, the mid-engined Corvette will serve as a halo car for the brand much like the Ford GT does for GM’s crosstown rival.

All eyes will be on the mid-engined Corvette as we get closer to its launch. Speculation is already running wild with enthralled enthusiasts making predictions on powertrains and performance. There are three different engines the Corvette could receive. The most likely engine is a biturbocharged 4.2-liter V8 that’s different from the 550-horsepower engine planned for the Cadillac CT6 V-Sport. In the Corvette, the 4.2-liter mill should produce 650 hp. Rumors also hinted at a biturbo 5.5-liter with a maximum horsepower of 850 hp. Now, we also hear the car could borrow the 6.2-liter LT1 engine. Whatever engine GM picks, it will likely pair with a dual-clutch transmission – which could be the only gearbox available.

The newest batch of photos gives the clearest and closest look at the new Corvette yet. Sadly, there’s still plenty of heavy camo hiding specific details. There’s the short, wide, and sloping nose, tall, wide rear, end, and quad exhaust. One part not hidden by camo was the staggered wheels that measure 245/35 ZR19 on the front and 305/30 ZR20 at the back.

The mid-engined Corvette should keep the iconic sports car brand in the news well into the next decade. Chevy is planning to replace the current C7 Corvette in 2022 with a successor, which could finally herald in an electrified Corvette. Chevy did trademark E-Ray several years ago. There are few other ways to utilize that nameplate than to put in on a high-performance, electrified Corvette.