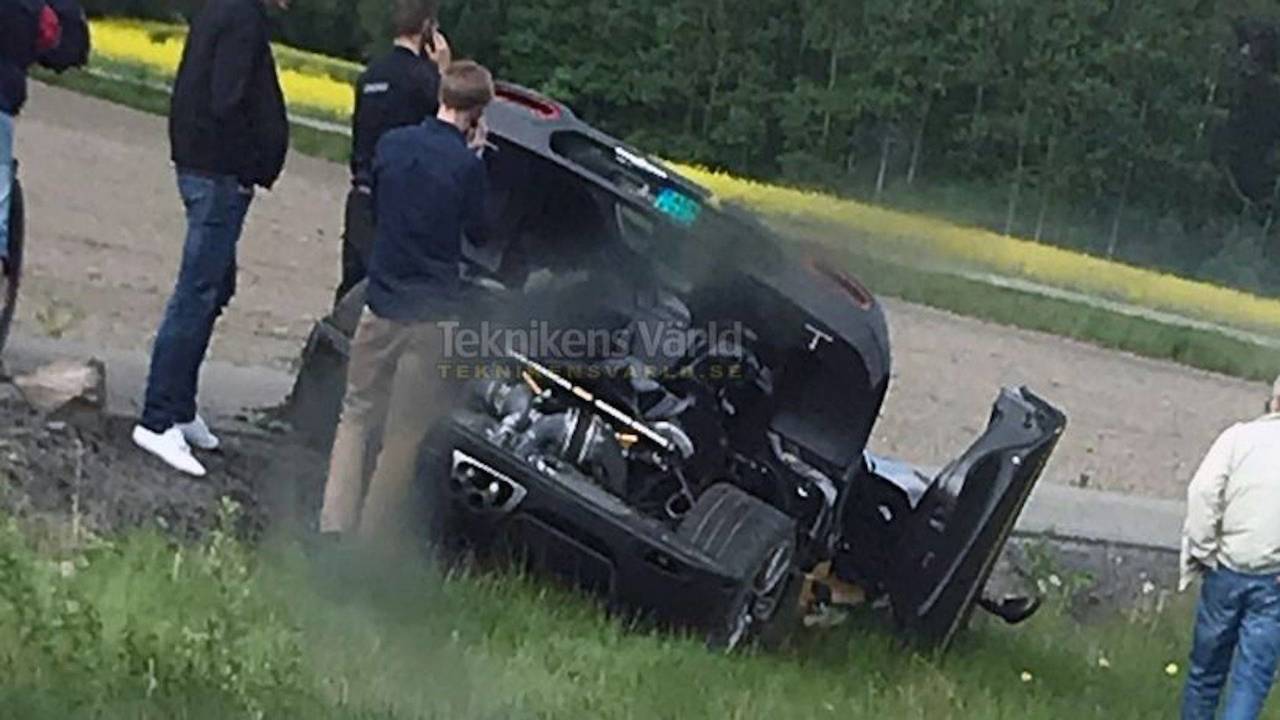 Almost exactly one year ago to the day, a one-of-a-kind Koenigsegg Agera RS Gryphon crashed while at the National Electric Vehicle Sweden (NEVS) test track. Thankfully, both the Koenigsegg test driver and the passenger walked away without injury, and the car was fully rebuilt to original spec. But now, it appears the exact same vehicle has been involved in a second accident – this time on a public road.

The images here show the one-off Agera RS Gryphon crashed on the side of the road in Trollhättan, Sweden, just outside of the NEVS facility. Readers of the website Teknikens Varld submitted photos of the million-dollar vehicle, but it’s unclear exactly how the incident happened. The shots show the side portion of the vehicle, which appears to have sustained some damage, and the engine bay opened. Thankfully, the damage doesn’t look to be all that severe, and it appears the driver walked away unharmed.

According to the publication, this is the first time the Agera RS Gryphon has been driven since its initial incident back in May of 2017. The vehicle, which now serves as a Koenigsegg test vehicle exclusively, was fully rebuilt at the Koenigsegg facility – everything from the carbon fiber body to the 5.0-liter biturbo V8 engine. In this application, it produces 1,160 horsepower (865 kW).

Of course, this is one of the last Ageras that will ever be built. The Swedish supercar maker will end production of its Agera this year, with just one or two examples left to be built, to focus on the new Regera. Thankfully, the Agera will see a replacement; CEO Christian Von Koenigsegg promises a "more race-like" successor to the supercar will arrive sometime in 2019.