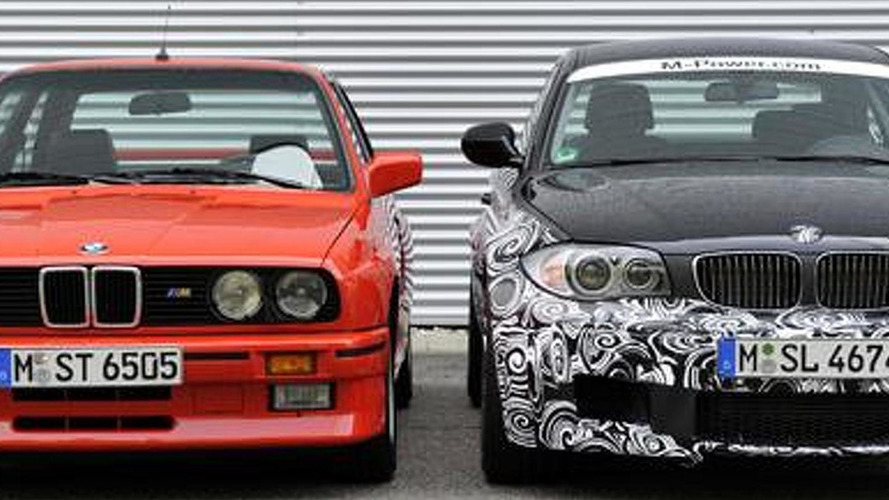 BMW has released new information about the 1-Series M Coupe. Full details inside

BMW has released new information about the 1-Series M Coupe.

First and foremost, the company has confirmed power will be provided by a bi-turbo 3.0-liter inline six-cylinder engine with approximately 340 hp (254 kW / 345 PS). It will be mated exclusively to a six-speed manual transmission, so flappy-paddle fans need not apply.

The car will weigh around 1500 kg (3,307 lbs) and feature a chassis, braking system and rear differential similar to the M3. These tweaks will enable the M Coupe to be ten seconds faster around the Nordschleife than the previous M3 (E46).

According to Albert Biermann, Head of Development at BMW M GmbH, "The 1-Series M Coupe is completely in the tradition of the first BMW M3. It is compact, focused on the essential, and presents outstanding driving dynamics. In addition, it opens the door to BMW M - in particular its price will also make it more accessible than our other products."

The 1-Series M Coupe will be unveiled in December, before it debuts at the North American International Auto Show in Detroit. Sales are scheduled to begin in the summer of 2011 and pricing will be "between the 135i Coupe and the M3 Coupe, with a clear tendency towards the 135i."