Early Kia Stinger Buyers In The U.S. Got These Cool Headphones

Plus a letter from Kia's American CEO.

Kia’s flagship model, the Stinger, is already on sale with prices starting at $32,795, making it a good alternative to the premium sporty sedans on the market. Deliveries have also started and the South Korean manufacturer is commemorating its first customers with special small gifts. 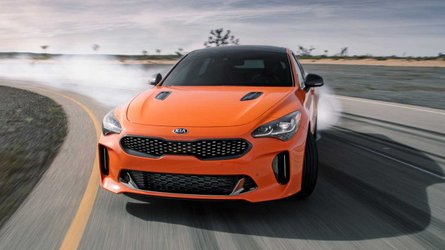 In a recent Reddit thread, a new Stinger owner explains how Kia sent him a couple of gifts after he got delivery of his vehicle. Apparently, according to some other users, the brand and its mother company Hyundai are sending gifts only if the customer has bought his car through the companies’ internal lease divisions, not using financing by third parties.

“I was one of the first people in America to buy a Kia Stinger so Kia sent me some gifts to commemorate it. The headphones are actually decent and the book weighs nearly 3 pounds because of how thick/high quality of a printing it is. Not the end of the world, but kinda neat for Kia to go above and beyond.”

The user that goes by the name of bbtpd is referring to the nice Harman Kardon wireless headphones from the attached image above (click on the right arrow to see all four photos) and a letter signed by Kia’s American CEO and president, Sean Yoon. A couple of other users have also received similar gifts, including a $50 prepaid card and a 360-degree camera.

“You are among the first to own this marvel of engineering and design, a Gran Turismo that is pure power and elegance. To celebrate this momentous occasion, please accept these premium Harman Kardon headphones as our gift,” the official letter from Kia says.

Through the first four months of the year, according to data from CarSalesBase, Kia has delivered 5,298 units of the Stinger in the United States. The number is much smaller in Europe, where only 856 Stingers have been sold from January to March. 2018 will be the first full year for the model on the market.