Sinister Audi RS5-R By ABT Is Both Beauty And Beast 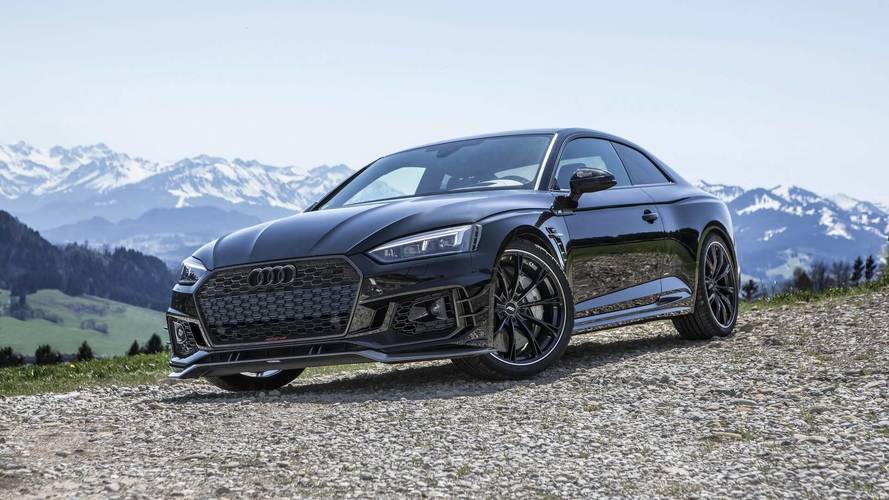 ABT Sportsline has a soft spot for Audis and the RS5 Coupe is a prime example of the tuner’s love for the four rings. It’s not just automakers that are coming out with limited-run special editions as this RS5-R is also an exclusive product, with only 50 packages to be offered. First announced at the beginning of the year before gracing the stage at the Geneva Motor Show a couple of months later, the customized coupe has now traveled to Kempten in Germany to pose for the camera.

See it painted in Sonoma Green and Nardo Gray:

Wearing a sinister Panther Black Metallic paint, ABT’s latest Audi creation has been murdered out as with the exception of the red “RS5-R” lettering on the bottom of the grille and on the diffuser, everything else is black. Like you would come to expect from the tuner, the more aggressive body kit is not over the top as it builds on the coupe’s standard exterior look. In fact, some would be tempted to say it’s a stock RS5.

To emphasize the coupe’s newly gained muscle, ABT has replaced the standard exhaust consisting of the RS-specific pair of oval tips with a custom setup featuring quad finishers made from carbon fiber. There are plenty of other carbon fiber accents inside and out to turn the RS5 Coupe into a proper showstopper without making it look like it’s trying too hard.

Gallery: All-black Audi RS5-R by ABT