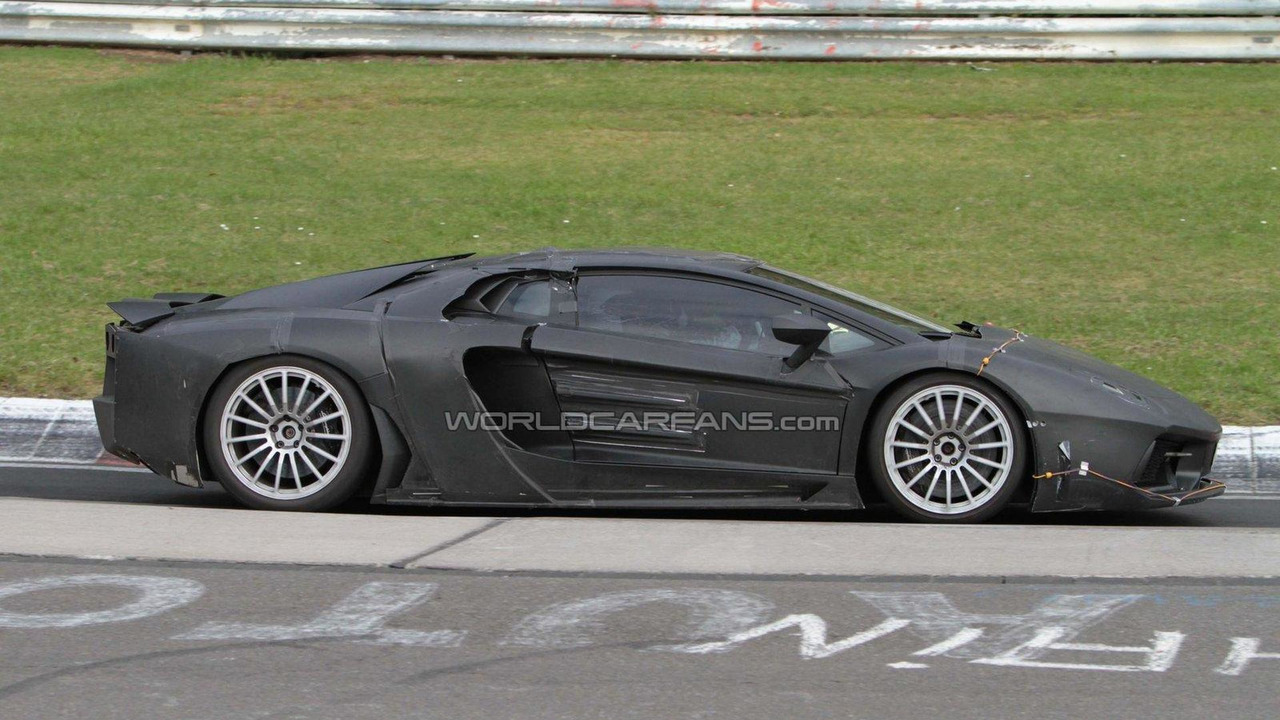 Lamborghini Jota spied on video escorted by a Gallardo sibling. The Jota will come with a direct-injection V12 doling out 700 PS (515 kW).

Here is a spy video of a Lamborghini Jota prototype prowling the streets while being escorted by a Gallardo sibling.

The Jota has been previously spotted testing on the Nürburgring circuit. In fact, several prototypes were caught on camera including one believed to be a Jota Superleggera. This one in the video here looks like the standard model as it's not sporting a rear spoiler. It's still wearing the same amount of camo as in those earlier shots so no new styling clues are to be had.

The Jota will be the Lamborghini model that replaces the Murcielago. It will be lighter and lower than its predecessor and will feature a direct-injection V12 doling out 700 PS (515 kW). The Jota will also come with a Haldex all-wheel drive system from that Swedish supplier.