A new era for the iconic Mercedes G-Class has started with the all-new 2019 model finally entering production. Since 1979, the G-Class has been built predominantly by hand at Magna Steyr in Graz, Austria. There are some employees who are producing the new truck today who started at the company 1979.

“With the model change the new G-Class experienced the biggest transformation in its 39 years-old history,” said Gunnar Güthenke, Head of the Off-Road Product Group at Mercedes-Benz in a statement announcing production starting. “At the same time we have kept the familiar and popular features of the design icon and further optimized the 'G' where ride comfort and robustness are concerned. The superior development goal for the new G-Class was to improve the off-road capabilities even more. For the production we continue to trust in our experienced production partner since 39 years, Magna Steyr.”

It’s difficult to find differences between the all-new 2019 model and the outgoing one. Yes, it’s still tall, boxy, and imposing, but all you have to do is look underneath the unsurprising exterior to find the significant changes. The exterior looks nearly unchanged, until you put the old model next to the new one, then you can see the 2019 model looks more refined without losing any of its rugged aesthetic. Even when you look inside, the differences are there, but they’re subtle and expected. Everything is updated, but it's just as rugged as before. 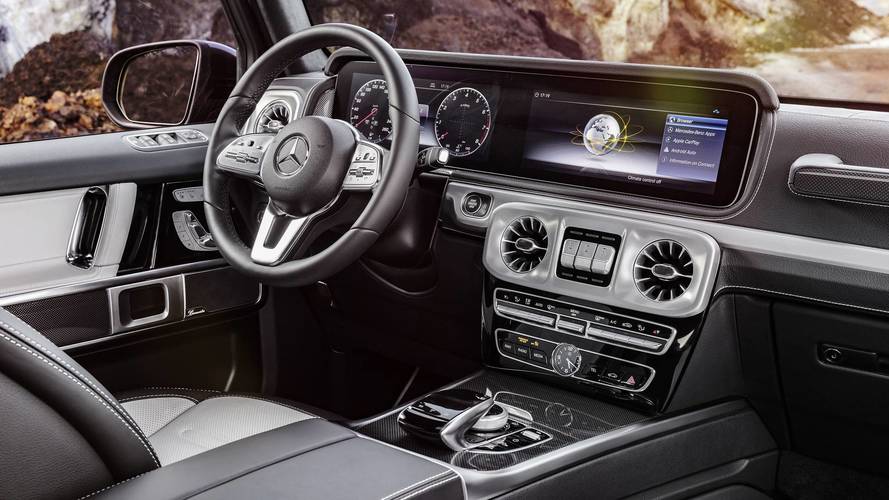 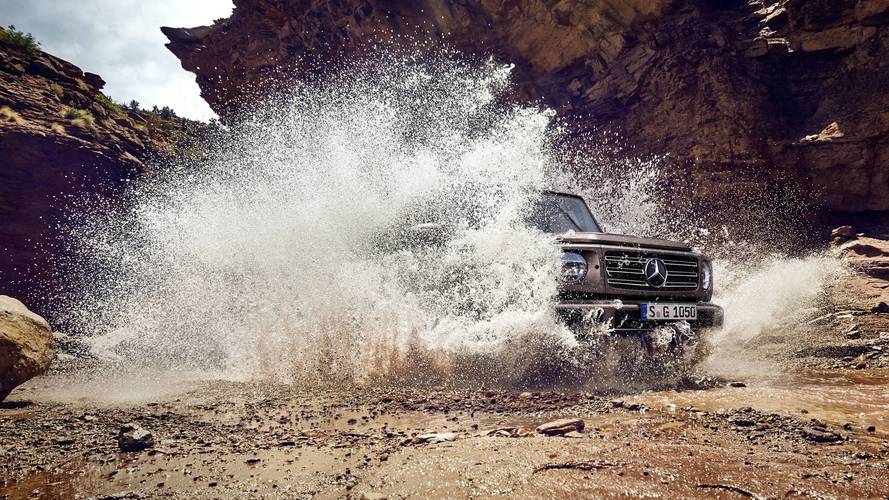 The first of the G-Class SUVs to hit U.S. roads will be the G550 with the same 4.0-liter biturbo V8 as the outgoing model. It produces 416 horsepower and 450 pound-feet of torque, sending power through a new nine-speed automatic transmission. The AMG G63 again uses the same G624.0-liter biturbo V8 as the previous G63. However, it’s now producing 577 hp and 627 lb-ft of torque. The boxy SUV will hit 60 miles per hour in just 4.4 seconds – a full second faster than its predecessor thanks to a 375-pound reduction in weight.

Since its 1979 introduction, over 300,000 G-Class vehicles have left the factory. Sales of the brutish and boxy off-road vehicle have increased continuously since 2009. In 2012, the G-Class established its best sales record, setting a new record every consecutive year afterward. Just last year, the G-Class had its best sales year ever by selling 22,000 units with the majority going to the U.S, and Germany.

Reinvention of an off-road icon: Production start of the new Mercedes-Benz G-Class in Graz

Stuttgart / Graz – In Graz (Austria) the production of the new Mercedes-Benz G-Class started. Ola Källenius, Member of the Board of Management of Daimler AG responsible for Group Research and Mercedes-Benz Cars Development, visited the plant in Austria to mark the start of series production. “The new G-Class is raising the bar higher in all relevant areas. Our 'longest-serving' series is therefore perfectly equipped to continue its success story. In short, the new 'G' remains a 'G', only better”, emphasizes Ola Källenius.

Ever since 1979, Magna Steyr produces the G-Class for Mercedes-Benz in Graz, Austria. The new G-Class is being built there as well, predominantly by hand. The experienced employees of the Graz site, some of whom have produced the G-Class from the start, pay great attention to the well-known Mercedes-Benz quality. The proximity to the Daimler subsidiary Mercedes-Benz G GmbH, also based in Graz, and the Magna Steyr plant facilitates numerous synergies thanks to the well-functioning high degree of networking between development, engineering, the prototype workshop, testing and series production. The highlight of the plant is the test track on the local mountain of Graz, the Schöckl, which is worldwide without compare: one test kilometre on the test track corresponds to 50 kilometres in actual operation.

“With the model change the new G-Class experienced the biggest transformation in its 39 years-old history. At the same time we have kept the familiar and popular features of the design icon and further optimised the 'G' where ride comfort and robustness are concerned. The superior development goal for the new G-Class was to improve the off road capabilities even more. For the production we continue to trust in our experienced production partner since 39 years, Magna Steyr”, emphasises Gunnar Güthenke, Head of the Off-Road Product Group at Mercedes-Benz:

Success story of the off-road icon

The birth of the G-Class dates back to 1972 - a consignment agreement between Daimler-Benz AG (today Daimler AG) and Steyr-Daimler-Puch (today Magna Steyr) in Graz, Austria laid the foundation for a decade long success story of the legendary G-Class. The decision in favour of the G-Class series production was made only three years later - in 1975. Simultaneously it was decided to construct a new plant in Graz, since then the vehicles are manufactured there, mainly built by hand. On 1 February 1979 the production of the G-Class started – an icon was born. This makes the G-Class by far the longest-serving passenger car model built in Mercedes-Benz history and thus the ancestor of all SUVs with the three-pointed star.

Since its introduction in 1979, over 300,000 vehicles have been produced. Unit sales of the G-Class have grown continuously since 2009, and starting in 2012 the G-Class has established a sales record each year. In 2017 another mark was outpaced, the ancestor of the SUV, the G-Class, achieved a new sales record with over 22,000 units sold in a year. The most important sales markets for the G-Class were the USA and Germany in 2017.

The G-Class has not changed its external appearance significantly since 1979. Iconic features, such as the spare wheel on the tailgate and the robust exterior protective strip, perform established functions today, as back then, and give the G-Class its particular look. The angular silhouette and the tautly drawn surfaces stand for sensual clarity and distribute to the off-roaders unmistakeable appearance. Through tighter, more precise joins and harmonious transitions, more than ever before the new G-Class appears to be casted from a single mould.