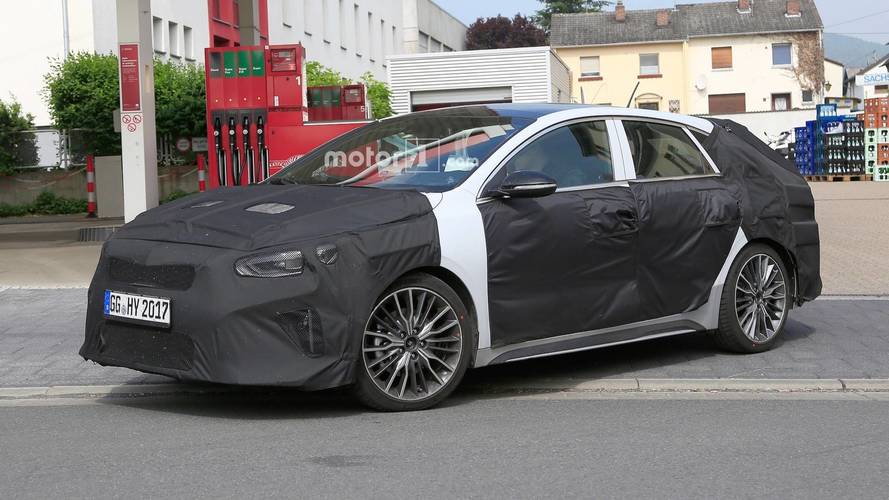 Let’s hope the production version looks just as pretty as the concept.

Unveiled at the 2017 Frankfurt Motor Show, the Kia Proceed concept was one of the prettiest vehicles we’d seen from the Korean automaker... well, ever. Now, after rumors that the Proceed would actually be making its way to production – in one form or another – our spy photographers have captured one of the first prototypes on the move.

Similar to the concept before it, this Kia Proceed Shooting Brake prototype – or, Ceed Fastback – is appropriately elongated. The vehicle was spotted on public roads showing off its shapely rear. Though it loses some of the same sultry angles we saw on the concept in the name of usability, there’s no doubt that the production version will still be something desirable.

Most of the body is covered up by camouflage, particularly the front fascia where we can barely make out the corporate Tiger Nose grille, LED headlights, and aggressive lower diffuser. The wheels are nearly identical to the Hyundai Elantra Sport, oddly enough, and the roofline appears to be a bit higher than the original concept.

Out back, we see a significantly sloped rear window, sleek LED headlights hidden behind cladding, dual exhaust tips… and not much else. The large amount of camouflage on the backside keeps most of the final design elements hidden, but the prototype appears to still share a number of similarities with the original Proceed concept.

Rumors suggest the new Kia Ceed Fastback will be shown this October. Head of Product Planning, David Labrosse, said that a third Ceed will be shown in full at the Paris Motor Show. Down the line, the Kia Ceed could see a performance-oriented "GT" designation, and even a Ceed-based crossover.