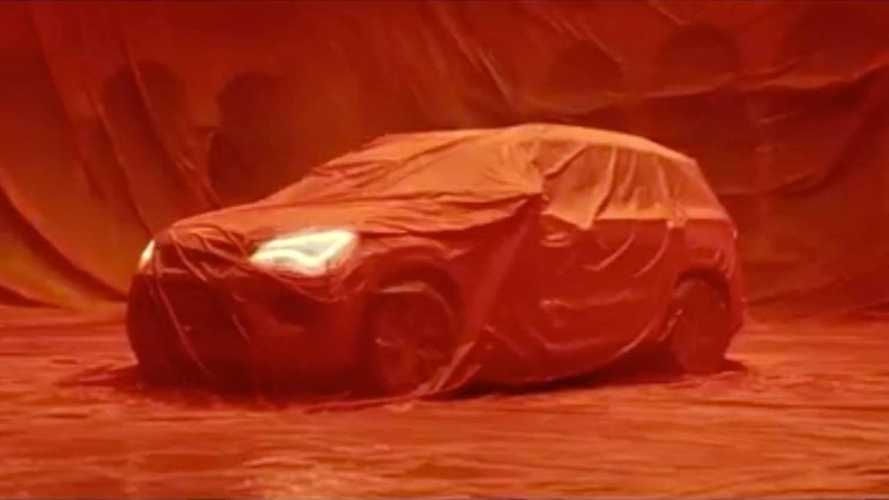 SEAT will show off its new three-row Tarraco SUV before the end of the year, and in preparation, the Spanish marque is tossing out all kinds of teasers. The most recent clip, posted on SEAT’s official Twitter account, doesn’t show much of the SUV – apart from a covered silhouette – but does provide viewers a number of strange clues to decipher.

The headline on Twitter reads, "What happens when you question everything? Something incredibly new." The short one-minute, 49-second video is artistically driven, with a few notable elements like… driving body parts, acrobatics, and a quick look of the new Tarraco covered up. In it we can see some familiar styling cues, most notably the sculpted headlights and small upper grille.

While the latest clip isn’t all that revealing, we do know plenty about SEAT’s upcoming SUV. For one, the new Tarraco will ride on VW’s modular MQB platform; that same setup underpins cars like the Skoda Kodiaq and the VW Tiguan Allspace. That means it should come powered by a few different engines, including a 1.4-liter and 2.0-liter TSI engine options, and even plug-in hybrid and diesel versions.

The Tarraco will be the first in a line of six new vehicles from the SEAT brand. The company plans to roll out all of them before 2020. Most of these vehicles will be smaller crossovers like the Arona, as well as refreshes of existing vehicles like the Leon hatchback, and of course larger SUVs like the Tarraco teased here.

The new SEAT Tarraco should show up in full before the end of the year – the Paris Motor Show in October would be an ideal location for a debut. When it goes on sale, expect the Tarraco to start somewhere in the neighborhood of €30,000 ($33,800).