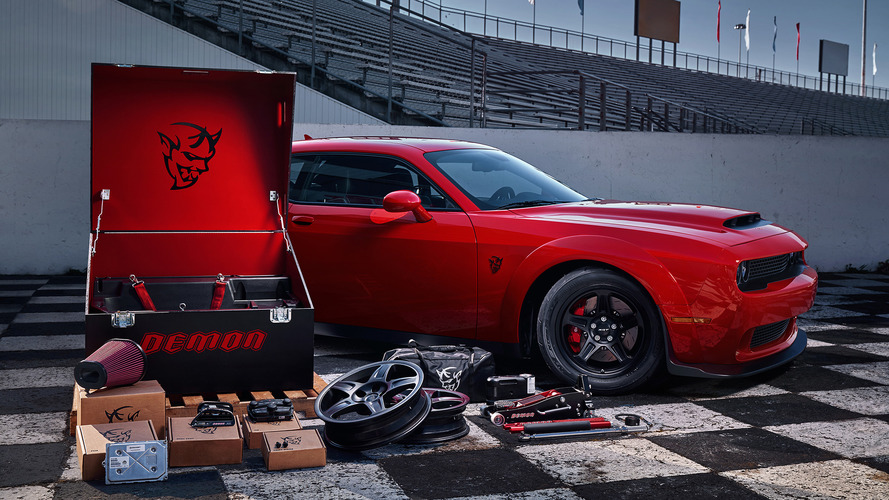 Dodge Demon owners are trying to flip their cars on eBay.

Can’t wait to get your hands on a brand new Dodge Challenger SRT Demon? Sellers on eBay have a solution for you, but it will cost you at least two times more than the regular price ($84,995) of the fastest quarter-mile production car as certified by the National Hot Rod Association.

Dodge will assemble just 3,300 examples of the Demon and is not planning another production year. This means there will be far less produced units on the market than customers willing to buy it. What better time to speculate with the price than now?

Probably inspired by the guy who wanted $250,000 for his Demon on the online auction platform, two sellers are currently selling their Demons on eBay, too. Brought to our attention by the folks over at CarBuzz, the first ad offers a rare Plum Crazy Pearlcoat Demon, one of only 173 cars in this color produced so far. It has only 4 miles on the odometer and is basically a brand new vehicle, for which the seller wants $169,900. A worldwide shipping is possible.

“Mostly everything out there is red, black or white, and if you haven’t been following the average asking prices have gone way up as the supply of cars has been going down,” the seller explains.

The second ad is much more interesting. As far as we can tell by the photos, which are mostly official press photos of the Demon, it’s a standard red and black model. Despite that, the owner is ready to accept no less than $550,000 if you want to buy it right away, without bidding. Bidding is also possible with a starting point of $420,000 and approximately seven days left until the auction ends.

If you haven’t placed an order for a new Demon with an official dealer of Dodge, unfortunately, you’ll probably have to look at eBay now. Only a couple of hundred examples are to be built before the production ends, and the automaker is not planning another model year.