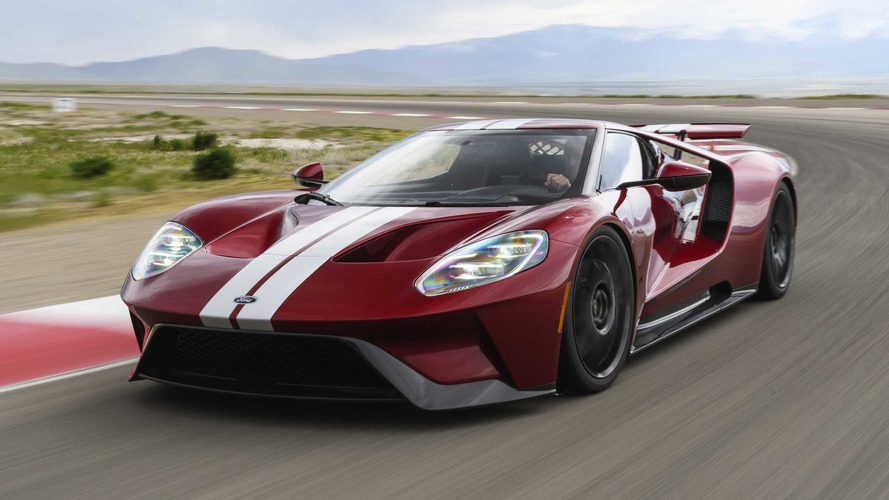 Ford stipulates an owner can't sell a GT during the first two years.

UPDATE: This Ford GT successfully went to Mecum's auction and sold for $1,815,000. For reference, this amount is roughly four times the supercar's base price.

Last year, wrestling legend and actor John Cena found himself in some legal hot water when he bought a new Ford GT and then quickly sold it. Ford sued Cena to the tune of $500,000 for a breach of contract the automaker said stipulated Cena – or any Ford GT owner for that matter – could not sell the GT for the first two years. Cena countersued, and the case is winding its way through court. Now, the keen eyes over at Motor Authority noticed a new Ford GT heading across the Mecum auction block this week down in Indianapolis. Ford is investigating the situation.

"We are aware of this situation and looking into it, however Ford does not comment on individual customer matters. What we can say is that all Ford GT customers sign contracts, which include an agreement not to sell the car for at least two years," Ford spokesman Matt Leaver told Motor Authority.

The GT that’s heading across the auction block – serial No. 48 of 250 produced in 2017 – has just seven miles on the odometer. The car features Ingot Silver paint with black striping and the Dark Energy interior package. All Ford GTs come with a biturbocharged 3.5-liter V6 engine paired with a seven-speed dual-clutch automatic that helps deliver 647 horsepower to the rear wheels. Other touches include silver forged aluminum wheel with titanium lugs and carbon-ceramic disc brakes. Base price starts at around $450,000.

In the past, Ford has approved GTs going to auction for charity, but if the Dearborn automaker is looking into the situation, it doesn’t sound like the seller got pre-approval. Selling a GT before the two-year agreement is up is a big no-no. If the GT heads across the auction block, this could be an excellent opportunity for someone to finally own a new GT, especially if they had their application rejected by Ford.