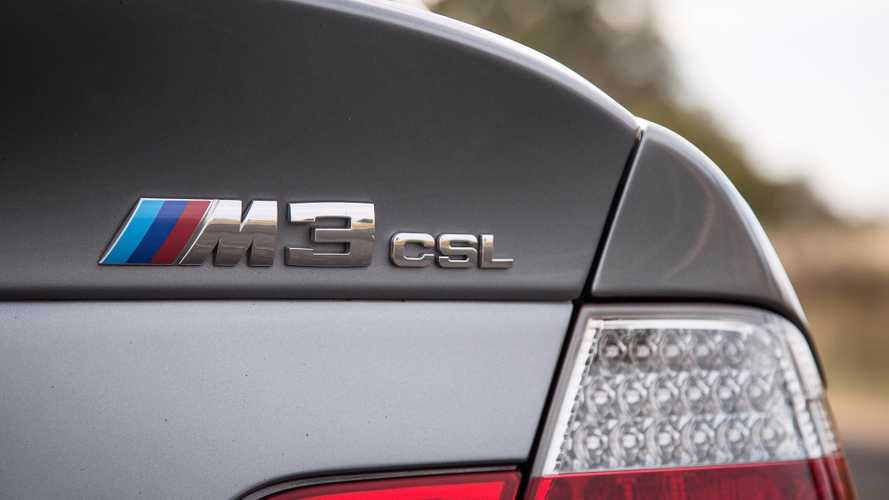 BMW's hottest M cars will borrow a name from the history books.

BMW is switching up its nomenclature, but don’t worry, this is actually good news. Instead of making things more complicated than they already are – we still aren’t sure why the 40i models have a 3.0-liter engine and the 30i cars get a 2.0-liter – the German brand is dropping the generic GTS from its hottest M cars and adding something that has a lot more significance: CSL.

Speaking to The Drive on Sunday, a BMW spokesperson confirmed that CSL – short for Coupe, Sport, Lightweight – would replace GTS on future models “which are appropriate to get a CSL version.” According to the spokesperson, that means we aren’t likely to see CSL versions of BMW’s M-badged crossovers and SUVs.

What we are likely to get, though, is a range of even hotter M coupes (the “C” in “CSL” does traditionally stand for Coupe, after all). In the near term, that will likely mean an M4 CSL will replace the current M4 GTS. As for BMW’s other high-performance coupes, the future is tougher to predict.

BMW just upgraded the M2 to the M2 Competition, although it’s not hard to imagine an M2 CSL arriving as a swan song for the current small coupe. An M8, meanwhile, feels like a vehicle that could fall into BMW’s definition of cars that aren’t appropriate for a CSL – the 8-Series will almost certainly be a big, comfortable, and powerful grand tourer when it debuts next month. Just as Mercedes hasn’t hinted at an AMG S63 Black Coupe, an M8 CSL seems like a long shot (although BMW did trademark “M8 CSL” in 2017, along with the aforementioned M2 and M4 variants).

In the past BMW’s CSL models were traditionally as hot as M products got, promising less mass in a sharper package. BMW last used the CSL badge on the legendary M3 CSL from 2003 (shown above), while history majors will recall its first use on the stunning 3.0 CSL, a car that was affectionately nicknamed "the Batmobile."