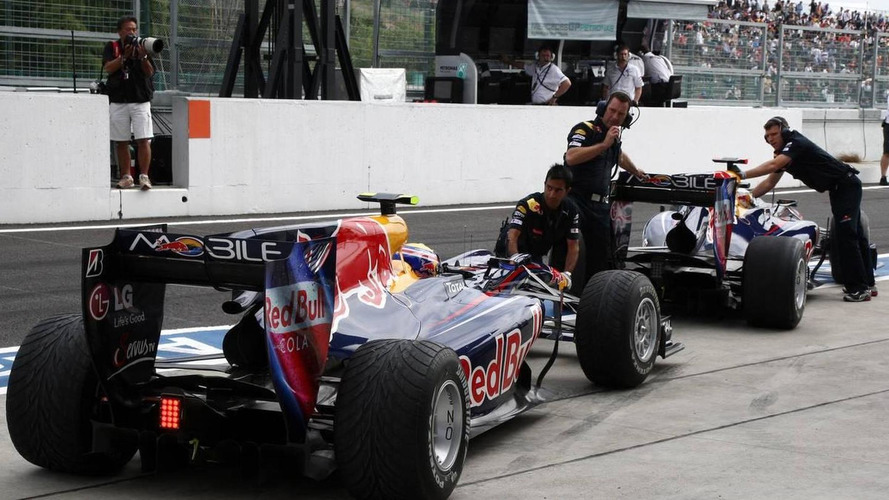 With McLaren's charge fading and Fernando Alonso going it alone for Ferrari, the rivalry between Mark Webber and Sebastian Vettel will be in the spotlight during the now three-race run to the 2010 world championship.

With McLaren's charge fading and Fernando Alonso going it alone for Ferrari, the rivalry between Mark Webber and Sebastian Vettel will be in the spotlight during the now three-race run to the 2010 world championship.

Red Bull's racing duo, although separated by 14 points, are right in the fight for the drivers' championship; an individual's prize that often sees teams back one driver over the other.

This year has seen Vettel and Webber swing between being the obviously favoured son to the downtrodden number 2 driver, but team boss Christian Horner has once again reinforced their status of equality.

With Alonso charging alone with the - albeit reluctant - support of Felipe Massa, the competitive rivalry between Webber and Vettel, and the fact the pair are obviously not friends, is a problem for Red Bull.

But boss Horner insists: "We are fortunate to have two level-headed and strong-willed drivers.

"And while that inevitably poses challenges at times, it is a luxury problem to have," he insisted.

It might be a luxury to have two competitive drivers in the running for the title, but with Ferrari's solitary Alonso chasing their heels, Red Bull runs the risk of losing by not focusing on a single driver.

"The dream scenario would be to be able to pull out a big enough gap to all those behind that it was just down to them on track," Horner admitted in Japan.

"But as a team we are trying our best to support both drivers equally and both drivers are very much still in this championship," he added.

John Watson, a former race winner with McLaren, thinks it is the potential trouble in the Red Bull camp and resultant Turkey-like situations that might keep McLaren in the title fight.

At Suzuka for example, Webber pulled out a further 3 points in his championship lead simply by finishing behind Vettel.

"I couldn't let him have a full house," the Australian remarked.

Noted BBC commentator Martin Brundle: "The team must have great angst with the risks of this unnecessary mind-game late in the race."

And Watson told the BBC's radio Five Live: "I'm concerned by the internal machinations between the Red Bull drivers.

"That's going to be the biggest ray of light for Hamilton and Button."