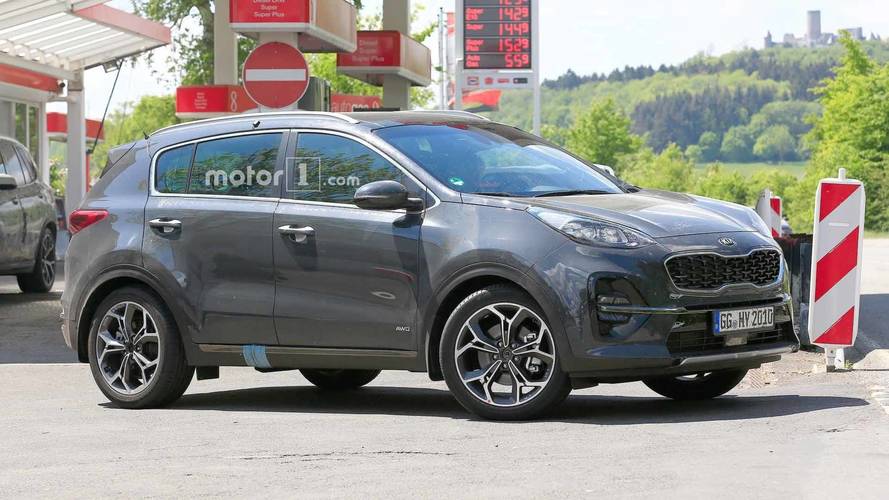 The all-new Ceed will be the second model to get an electrified diesel setup.

Hot on the heels of yesterday’s fully revealing spy shots of the Sportage facelift, Kia has now shed some light about what to expect from the updated compact crossover. While the styling tweaks will be kept down to a minimum, bigger changes will occur underneath the familiar skin where the mid-cycle refresh will come along with the brand’s very first mild hybrid system. Plot twist: a diesel engine is going to be electrified at first.

Premiering later this year, the thrifty powertrain will benefit from 48-volt technology and the company’s own Selective Catalytic Reduction (SCR) active emissions control system to drive down CO2 emissions by as much as four percent in the forthcoming Worldwide harmonized Light vehicles Test Procedure (WLTP). In the outgoing New European Driving Cycle (NEDC), emissions will be slashed by up to 7 percent.

Officially known as the EcoDynamics+ diesel mild-hybrid powertrain, the new setup encompasses a 0.46-kWh, 48-volt lithium-ion battery and a Mild-Hybrid Starter-Generator (MHSG). Kia promises the electronically controlled MHSG uses the inverter in such a way as to seamlessly switch between “motor” and “generator” modes, so drivers probably won’t even notice it.

The MHSG is linked to the diesel engine’s crankshaft through a belt and pumps out as much as 14 hp (10 kWh) of electric power while the vehicle is accelerating and in “motor” mode. Thanks to this boost, engine load decreases and as such emissions are reduced.

While the Sportage is in “generator” mode, the mild hybrid setup grabs the kinetic energy from the vehicle during in-gear acceleration and braking to use the harvested energy for recharging the battery pack.

Following its debut in the 2019 Sportage, the EcoDynamics+ system will then be implemented in the new Ceed next year, with other models to follow. Kia says a gasoline engine will also form the basis of a mild hybrid setup and both will be compatible with front-, rear-, and all-wheel-drive cars as well as those with a manual or an automatic gearbox. 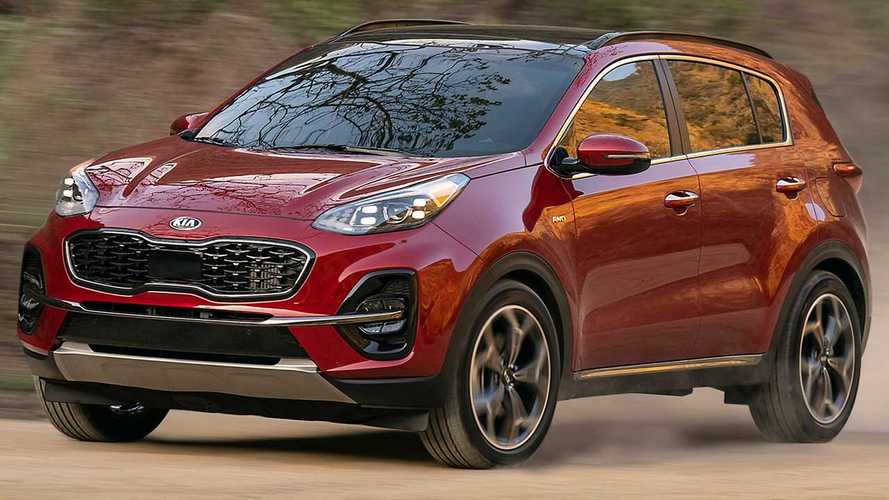 Frankfurt, 15 May 2018 – Kia Motors will introduce its first 48V diesel mild-hybrid powertrain in the second half of 2018. The new ‘EcoDynamics+’ powertrain reduces CO2 emissions by supplementing acceleration with electric power from an additional 48-volt battery and extending combustion engine ‘off time’ using a new Mild-Hybrid Starter-Generator unit.

In line with Kia’s aim to create innovative cars that are affordable for a broad range of buyers, EcoDynamics+ mild-hybrid technology offers a compelling cost-to-performance ratio compared to full hybrid powertrains. The compact nature of the components means the technology can be integrated into existing vehicle and powertrain architectures without impacting practicality or packaging. Kia’s mild-hybrid powertrain is designed to fit seamlessly into consumers’ lives, with no plug-in recharging required.

The EcoDynamics+ diesel mild-hybrid powertrain will enable Kia to offer cleaner diesel engines. The system is paired with Kia’s Selective Catalytic Reduction (SCR) active emissions control technology, reducing CO2 emissions by up to 4% on the new Worldwide harmonized Light vehicles Test Procedure (WLTP), and up to 7% on the New European Driving Cycle (NEDC)*. The roll-out of diesel mild-hybrid technology will contribute to the brand’s global efforts to improve whole-fleet fuel efficiency.

EcoDynamics+ diesel mild-hybrid technology with ‘motor’ and ‘generator’ modes Kia’s mild-hybrid technology features a compact 0.46 kWh 48-volt lithium-ion battery and a new Mild-Hybrid Starter-Generator (MHSG). By electronically controlling the MHSG using the inverter, the system switches seamlessly between two modes: ‘motor’ and ‘generator’. Connected by a belt to the diesel engine’s crankshaft, under acceleration the MHSG provides up to 10kW of electric power assistance to the powertrain in ‘motor’ mode, reducing engine load and emissions. In ‘generator’ mode, the system harvests kinetic energy from the vehicle during in-gear deceleration and braking and uses the power to recharge the batteries.

How EcoDynamics+ works on the road
The powertrain has been engineered to deliver greater efficiency from internal combustion engines on the road, by using electric power delivered and recuperated seamlessly.

In ‘motor’ mode the battery is discharged under acceleration, providing additional torque to the engine for a slight boost in performance under hard acceleration, or to reduce engine load during light acceleration. Under deceleration, or when driving downhill or towards a junction, the MHSG switches to ‘generator’ mode, recuperating energy from the crankshaft to recharge the battery on-the-go.

The system is controlled by an advanced Electronic Control Unit (ECU), which calculates the most efficient use of the available energy, and adjusts accordingly, taking into account the amount of charge remaining in the car’s batteries.

Battery power can also be used to provide a new ‘Moving Stop & Start’ function. If the battery has sufficient charge, the combustion engine turns off automatically during in-gear deceleration and braking. The MHSG can then seamlessly re-ignite the engine – in any situation – if the driver presses the throttle pedal.

Compact packaging and integration into existing architecture
The compact nature of the technology means that integrating the EcoDynamics+ mild-hybrid system into existing vehicle architecture is relatively straightforward. Depending on vehicle, the 48V battery will be located beneath the boot floor, minimising the impact on vehicle practicality. Because the MHSG integrates directly with the engine, driving the crankshaft via a belt, there is little need to repackage the engine bay.

The 48V battery’s DC/DC converter enables the new battery to connect to the vehicle’s on-board power supply, leading to a significant reduction in the size of the 12V battery required to power the car’s ancillary electronics. The adoption of the MHSG also means the conventional starter motor can be downsized and used primarily for cold starts at low temperatures. Charge from the 48V battery helps to start the engine in most conditions.

Kia’s EcoDynamics+ diesel mild-hybrid powertrain is compatible with both manual and automatic transmissions, and could be adapted for front-, rear- and all-wheel drivetrain layouts. The powertrain will also be adapted for use in gasoline engines.

Kia will communicate more detailed plans for the roll-out of its new mild-hybrid technology in the coming months.