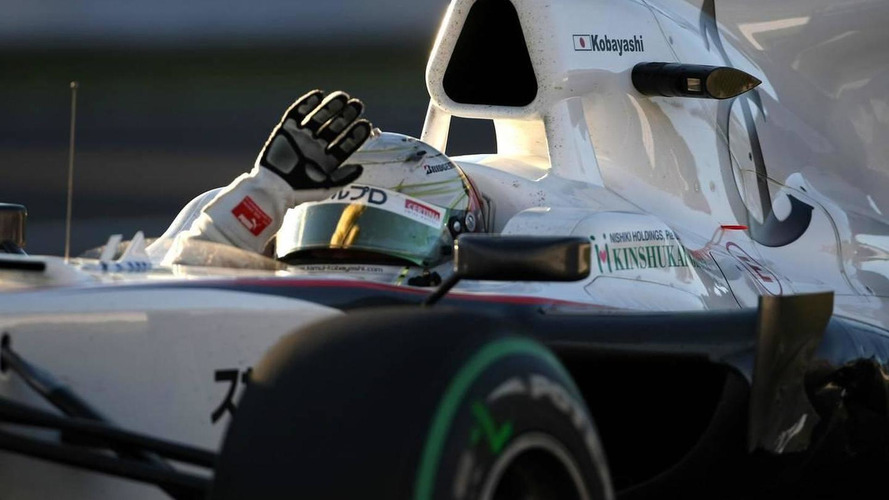 Kamui Kobayashi was the hero of Sunday's Japanese grand prix, enhancing his growing reputation as the launcher of kamikaze overtaking moves.

Kamui Kobayashi was the hero of Sunday's Japanese grand prix, enhancing his growing reputation as the launcher of kamikaze overtaking moves.

To the delight of his Japanese fans, the Sauber rookie scythed through the field from fourteenth on the grid to seventh at the finish.

"The way he overtook several competitors was absolutely spectacular," said team CEO Monisha Kaltenborn, standing in as team boss in Japan for the absent Peter Sauber.

"The team asked me not to make any problems for him," the German is quoted by Swiss newspaper Blick.

The paper's veteran correspondent Roger Benoit asked Kobayashi precisely how many overtaking moves he attempted at Suzuka on Sunday.

"I can't remember," he answered. "I only know that there were crashes all around me at the start, and later I made some contacts with my opponents.

"My car is rather damaged!" he revealed.

Team manager Beat Zehnder explained: "Some deflectors are missing from the car, and the sidepod has a big hole in it. Also a part of the front wing isn't there any more."

Renault's Robert Kubica retired from the race after five minutes with a missing wheel.

Said the Pole: "What Kamui did with his car was super. Because I had to watch on television, he saved my day."