Bentley Continental GTC Spied Showing Its Sporty Side On The 'RIng

With the coupe already on the road, Bentley doesn't have much reason to cover up the GTC in a lot of camouflage.

Bentley developed the latest Continental GT and GTC convertible simultaneously but decided to release the coupe first. Now, the droptop is getting closer to a reveal, and these spy shots catch one during a workout at the Nürburgring. 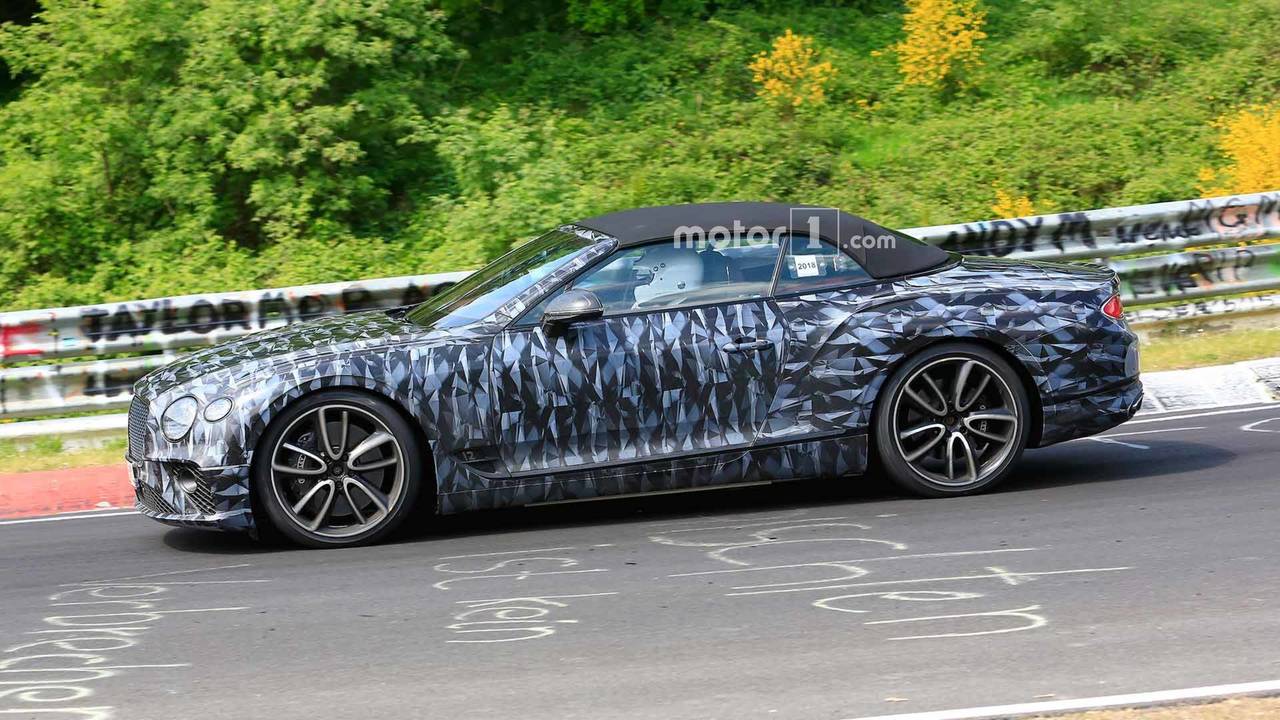 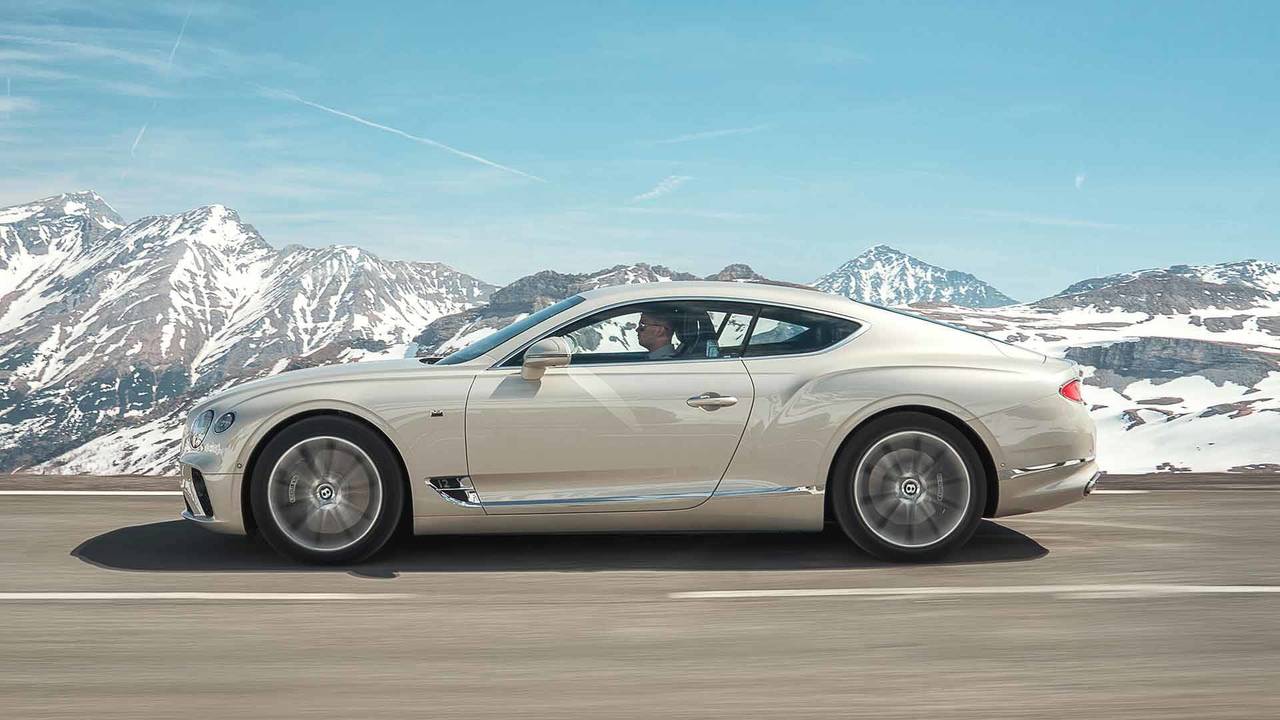 Because of its close similarity with the Continental GT, Bentley doesn't have much reason to tack copious camouflage onto the convertible. Instead, the company uses a simple wrap with a jagged pattern to conceal the design. Until your eye reaches the roof, the two versions are identical (see comparison above). The brand's designers can't create a soft top that matches the coupe's gently flowing roof, and this forces there to be a much flatter rear deck. The tweak makes a massive change in the model's aesthetics and creates a more boxy appearance for the droptop.

While not visible here, the GTC likely features a nearly identical cabin as the coupe. The GT has an opulent interior with a lumber yard worth of exotic wood trim and high-quality leather upholstery. The center stack features an eye-catching, 12.3-inch infotainment screen that rotates into the dashboard when not in use.

The 12 emblem in the front fender reveals that this test mule uses Bentley's latest biturbo 6.0-liter W12 that produces 626 horsepower (467 kilowatts) and 664 pound-feet (900 Newton-meters). A 48-volt mild-hybrid system boosts efficiency by allowing for features like stop-start, cylinder deactivation, and coasting to save fuel. An eight-speed dual-clutch automatic sends the output to all four wheels. In the coupe, this setup gets the vehicle to 62 miles per hour (100 kilometers per hour) in 3.7 seconds, but the convertible's extra weight likely adds a few tenths of a seconds to this acceleration time for the droptop.

Later, Bentley reportedly intends to expand the powertrain lineup by adding the biturbo 4.0-liter V8 from the Bentayga with 542 hp (404 kW) and 568 lb-ft (770 Nm). A plug-in hybrid is allegedly also on the way.

Look for the Continental GTC to debut before the end of the year.