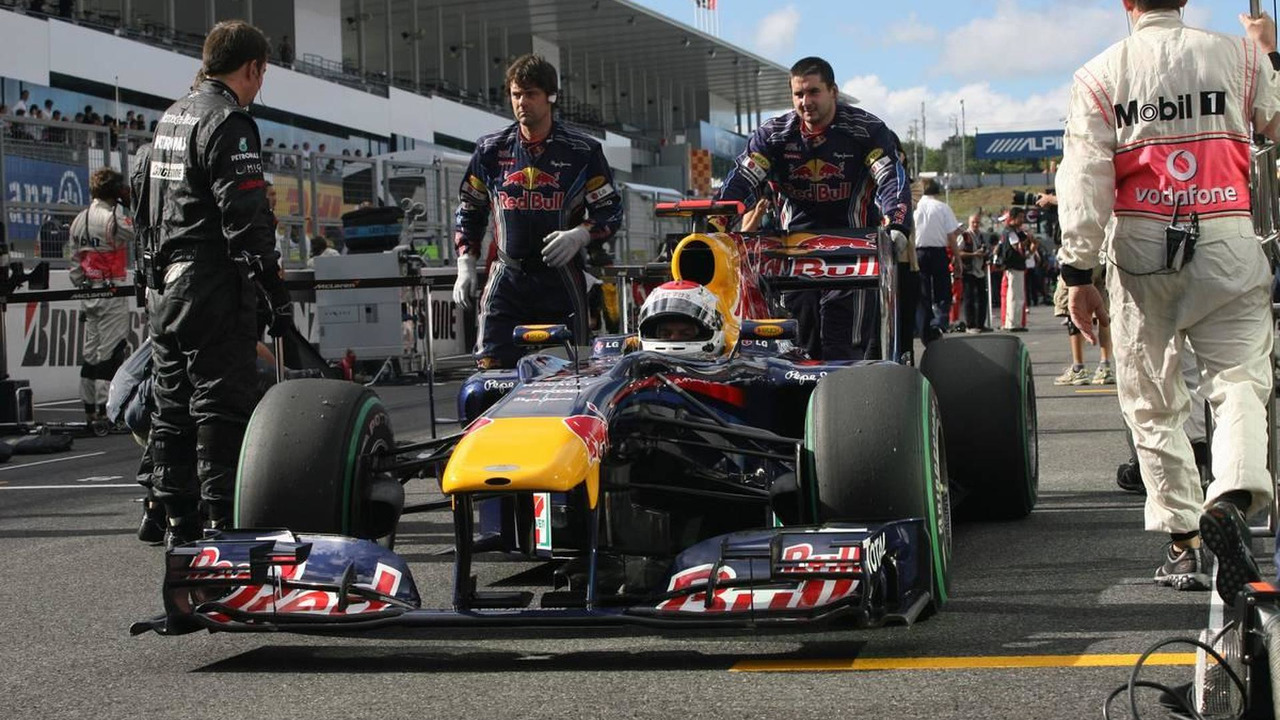 The Red Bull flexing wing saga reared its head yet again at Suzuka.

The Red Bull flexing wing saga reared its head yet again at Suzuka.

The controversy had died down following the subsiding of the RB6's dominance at recent races, and evidence that new FIA scrutineering tests had lessened the visible bending of the car's front wings.

But at Suzuka, Red Bull's dominance returned, as did video and photos showing the front wings almost touching the track.

So a reporter for the German tabloid Bild am Sonntag ventured into the FIA test garages at the Japanese circuit to observe Joe Bauer checking over the Suzuka-spec RB6.

The reporter witnessed the car lifted into the air on the test stand before 100 kilograms of weight - double the amount of the former tests - was applied to the front wing.

The RB6 passed the test, even though cynics suggest that at high-speed downforce loads, the Red Bull fails the letter of the rules.

Bauer said: "For that (test), we'd have to build a wind tunnel at each track!"

Indeed, if those downforce-like loads were simulated with mere scrutineering weights, the clever Red Bull wing design would likely break.