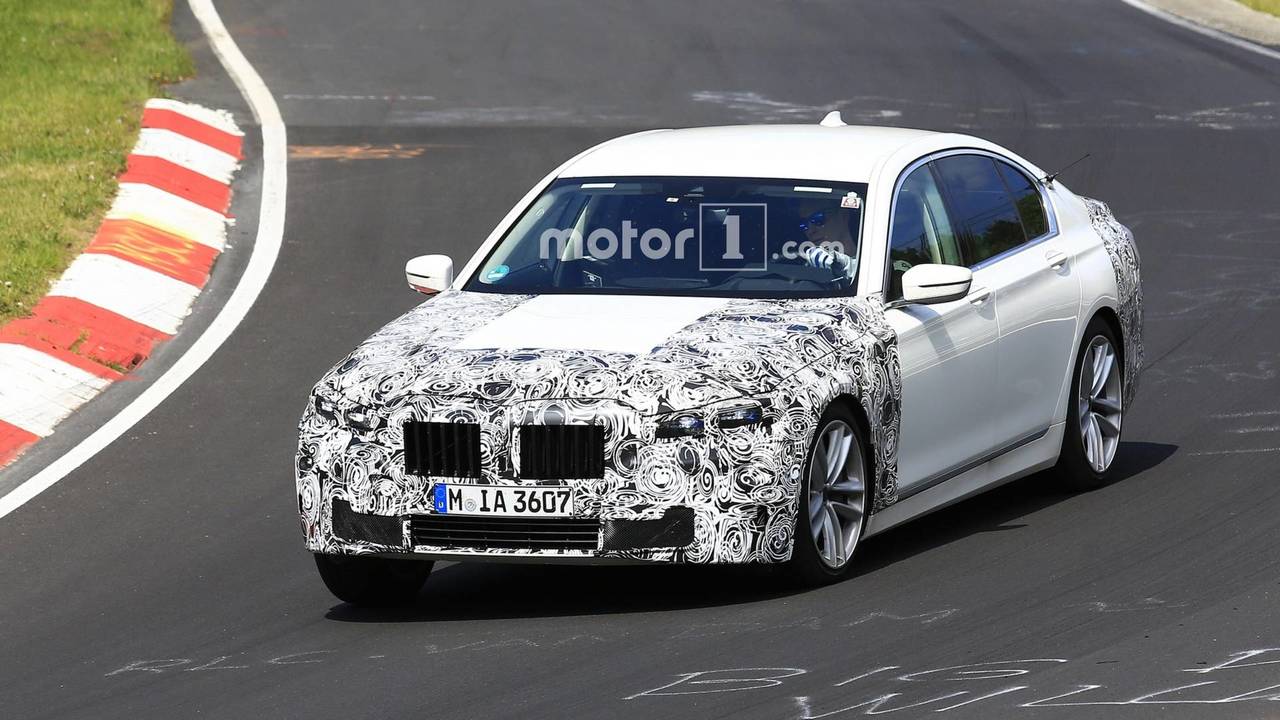 The flagship sedan from Bavarian doesn't quite fit the race track.

It’s only natural that nearly all manufacturers from the automotive industry are testing their upcoming products at the famous Nurburgring in Germany these days. However, we were quite surprised to see a large super luxurious premium sedan put to its limits at the track, but this is exactly what happened when we received these spy photos of the facelifted BMW 7 Series.

To say the flagship sedan from Bavaria is not fast will be a clear understatement, but speed and cornering are not the main factors for buying such a vehicle. Anyway, the company is apparently fine tuning the suspension and steering system of the 7 Series, which will reportedly receive a refresh in several months from now. The facelift will also bring a number of small visual improvements.

BMW is doing a good jog hiding the elements it’s working on, but previous spy photos have already revealed the model will get a slightly larger grille with more prominent surrounds and a revised lower fascia. Some tweaks are also possible for the headlights design, while at the back the LED taillights will feature updated graphics.

Things are less dramatic inside the cabin, where the 7 Series will get some minor updates to trim and materials. Probably the most important improvement for the interior will be the fully digital instrument cluster, which will replace the current layout with physical needles and a screen behind them.

Not much is known about the engine lineup of the 7 Series, but we don’t expect to see big changes under the hood. Still, basically all of the engines, including the problematic V12 of the M760i, will have to be retuned to comply with the new and stricter Worldwide Harmonized Light Vehicles Test Procedure (WLTP) regulations.

Production of the refreshed flagship limo from Bavaria will start next spring and the model will be revealed before the end of 2018.