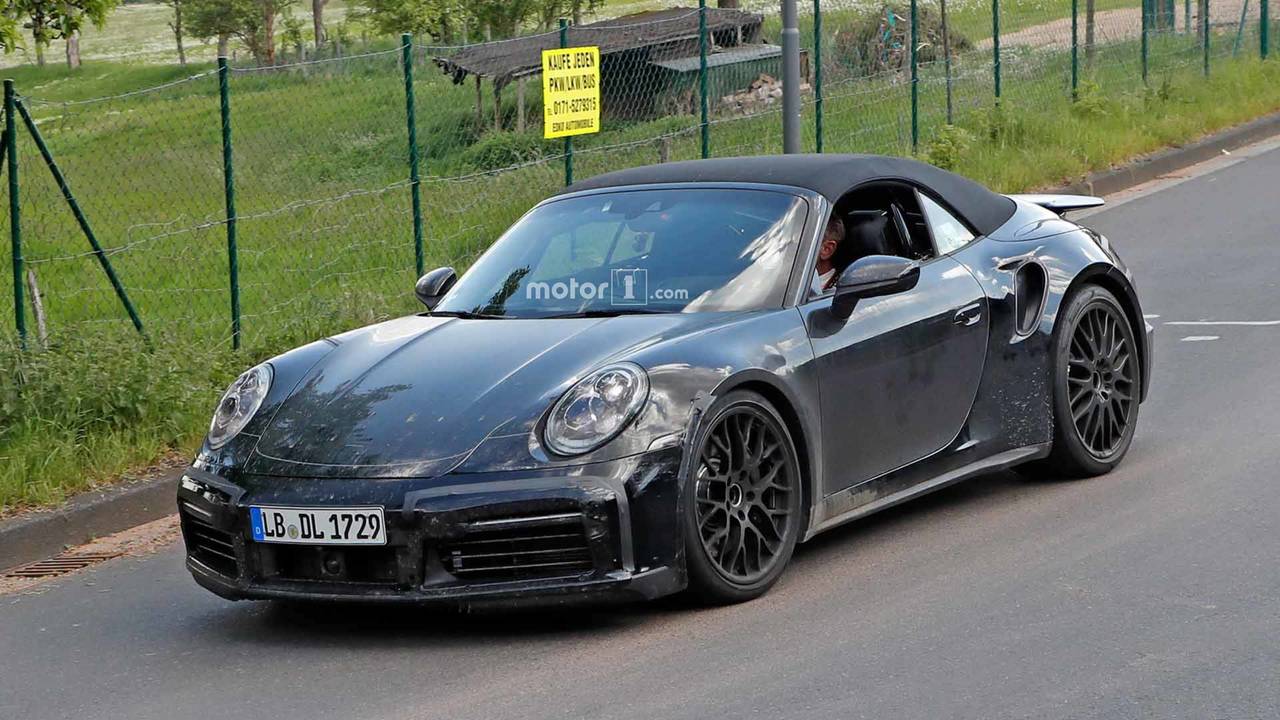 Porsche will continue to offer a ton of variants of the next-gen 911, including this drop-top turbo version.

New spy shots provide our very first look at the next-gen Porsche 911 Turbo Cabriolet. Unfortunately, development is underway with the top up, which seems like a shame when driving on such a nice day.

From the front, there's nothing to distinguish the Cabriolet from the next-gen 911 Turbos in previous spy shots. Both models feature a fascia with three openings and a skinny LED strip at the top of each corner. Creases running up the hood add some visual flair and reinterprets a cue from classic 911s.

Adding the convertible roof forces Porsche's designers to make some slight changes at the back. For example, the rear portion of the hardtop's side window is gone, and the Cabrio's body has a more prominent upward arch at the tail in profile, which should provide a sleek appearance with the roof down.

Both versions of the new 911 Turbo feature an active rear wing that raises from the back end, and the full-length LED taillights evoke the Mission E Concept. This test mule features dual, oval-shaped exhaust outlets like previous spy shots of a 911 Turbo coupe. Other photos have shown Turbos under development with four trapezoidal pipes coming out of the rear.

While these shots don't show the Cabriolet's cabin, earlier pictures reveal that the next-gen 911 features an analog tachometer and digital displays for the rest of the instruments. There's a larger infotainment screen on the center stack, too.

The next-gen 911 Turbo will still use a biturbo flat-six engine, and the latest version will reportedly pump out more than 600 horsepower (447 kilowatts). An all-wheel-drive system will still help getting the ample output to the road. 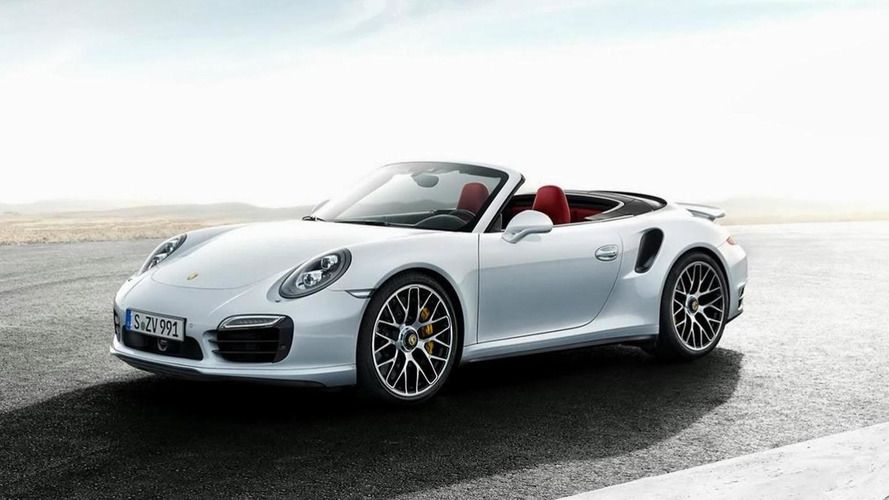