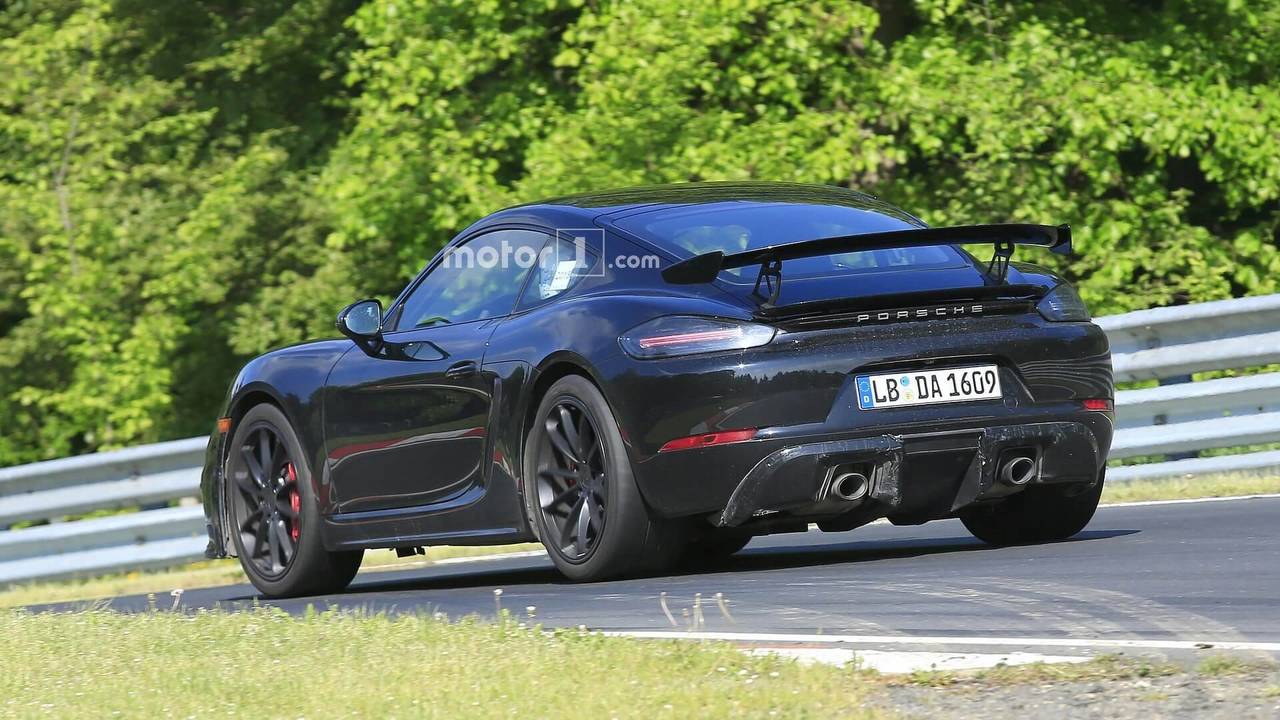 The crown jewel of the Cayman range is currently undergoing final testing at the Nordschleife without wearing any sort of disguise. As you would come to expect from Porsche, the styling revisions will be kept down to a minimum, but don’t let that trick you into believe the 2019 version will be more of the same.

That’s because the predecessor’s 3.8-liter engine will be retired to make way for a bigger 4.0-liter flat-six naturally aspirated mill. If this move sounds a little bit familiar, it’s because the Boxster Spyder will also use this engine by borrowing it from the same 911 GT3. Of course, in order to avoid stepping on the toes of the superior model, Porsche’s engineers will allegedly detune the flat-six to 400 horsepower or a little bit more. That number sounds just about right as it would allow the Cayman GT4 to provide a nice power advantage over the 350-hp Boxster / Cayman GTS without invading the 500-hp 911 GT3’s territory.

While you’ll be able to drive the facelifted Cayman GT4 outside of a track, it’s going to be a different story with the Clubsport version. Caught on camera at the Monza circuit late April, the race car is also getting a refresh and this time around it will be available to a broader audience as the plan is to increase production beyond the previous version’s 400+ examples.

The Clubsport is scheduled to debut early 2019, but the good news is we won’t have to wait much longer to see its road-going counterpart. It will debut in the latter half of the year and hopefully the Boxster Spyder will follow shortly.