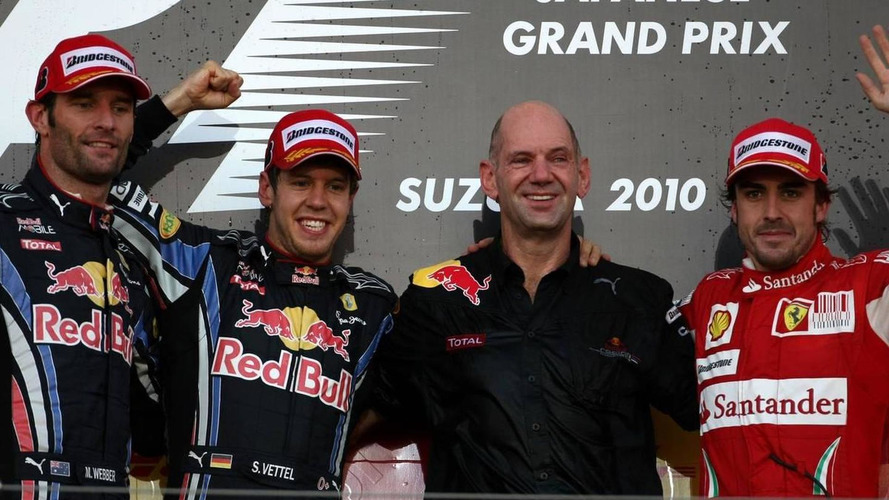 At Suzuka, the Australian finished a second behind his Red Bull teammate - the pole sitter and winner Sebastian Vettel - but because Fernando Alonso finished third, Webber extends his lead to 14 points with just three races left to run.

That handy points margin for Webber is over both Ferrari's Alonso and Vettel, who are level-pegging on 206 points.

"The last two races were a little bit difficult for us but we came here with quite some confidence," said the delighted Vettel, who also won from pole in 2009.

"This track is kind of made for us."

Lewis Hamilton drops from third in the championship to fourth, after a nightmare weekend topped off by another gearbox problem that caused him to lose pace and voluntarily yield fourth place in the race to his teammate Jenson Button.

Briton Hamilton is now 28 points behind and faces another five-place grid drop in Korea if his gearbox needs to be replaced again.

Button in the sister car is a further three points adrift, but team boss Martin Whitmarsh is not giving up.

"We're still pushing hard. Anything can happen, it's that close a championship," said the McLaren chief on BBC television.