A V8 (kind of) British diesel versus an inline-six diesel from Germany.

Just being big and luxurious is not enough by far to be competitive in the premium SUV sector today. Gone are the days when design and dynamics were not important – and the BMW X5 and Bentley Bentayga are the perfect examples of what a successful modern-day luxury SUV should look like.

In fact, the two models have nothing in common. The X5 is a traditional BMW high-riding model and has been on the market for nearly two decades now. The Bentayga is Bentley’s first-ever SUV and is the first-ever model of the brand to feature a diesel engine. Is it good? Let’s compare it to the three-turbocharged X5 M50d.

The speed advantages the British SUV has have a very simple explanation - under the hood, the two vehicles have quite different diesel motors. The Bentayga shares its engine with the Audi SQ7, which has a V8 4.0-liter turbodiesel good for 435 horsepower (324 kilowatts) and an astounding 664 pound-feet (900 Newton-meters) of torque. The X5 has a significantly smaller 3.0-liter inline-six engine, delivering 381 hp (284 kW) and 545 lb-ft (739 Nm) of mountain-conquering torque.

We’re not here to judge, but does it really make a lot of sense to sell a super luxury pedestrian vehicle with close to 400 diesel hp (298 kW) or even more? Well, we’ll leave it to the market to decide whether it’s clever or not, but we’ll just let you know that the diesel-powered Bentayga is £26,900 cheaper than the W12 variant, which equals to about $36,555 at the current exchange rates - approximately the price of two base Volkswagen Jettas. Makes much more sense now, right? 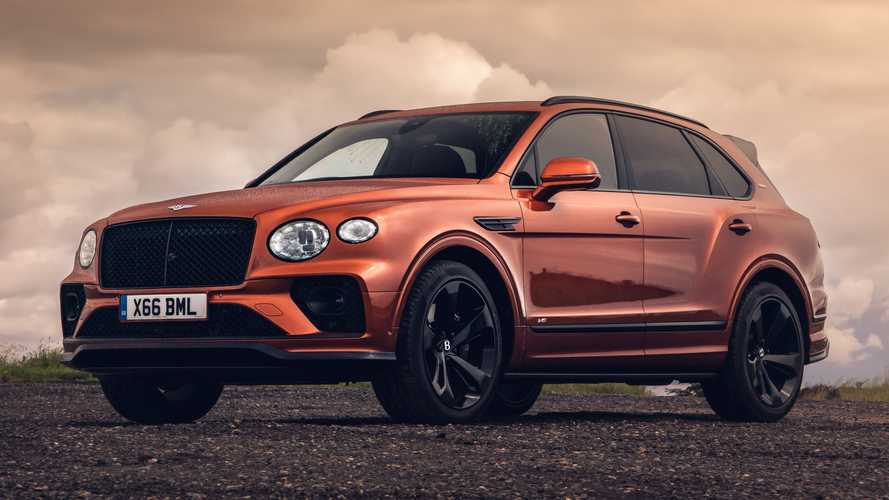