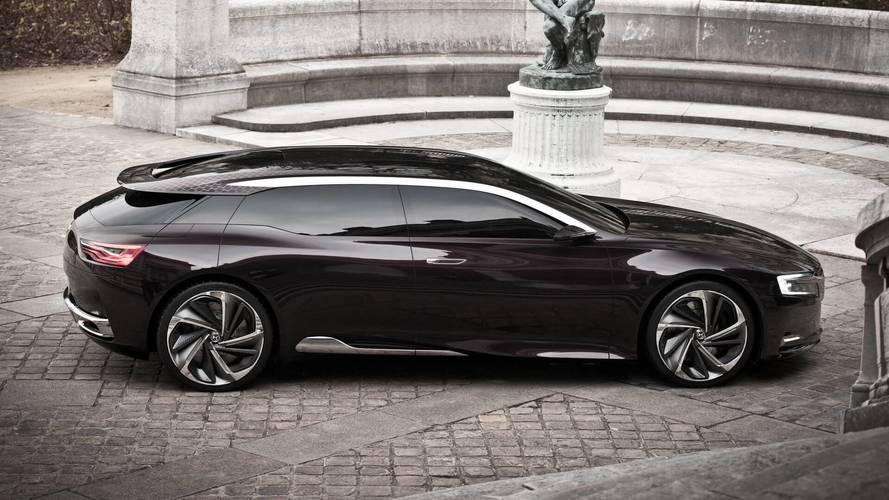 It will rival the BMW 5 Series, but it won't be a sedan.

Since becoming a standalone brand part of the PSA Group a few years ago, DS has been trying to distance itself from Peugeot and Citroën by transforming into an upmarket brand with a bespoke design and more premium touches. New model arrivals such as the DS 7 Crossback and the forthcoming DS 3 Crossback bolster the company’s presence in the automotive spectrum, but what DS needs is a proper flagship model.

Could This Be It:

It will arrive at some point in 2020 with the “DS 8” moniker to take on the likes of the BMW 5 Series, Audi A6, and the Mercedes E-Class. However, unlike the German trio, the new crown jewel of the DS range will not take the shape of a conventional sedan. Instead, the talented French designers are going for a more stylish fastback, which hopefully will have a few things in common with the stunning 2012 Citroën Numero 9 concept pictured here.

The plan for a new range topper at DS is more than just gossip as the brand’s vice-president of product, Eric Apode, did reveal the model in question has been given the stamp of approval by execs. In his interview with Auto Express, he went on to mention the design has been signed off, adding that the car will look “amazing,” “different,” and “spectacular.” To make it stand out, DS has come up with a significantly different rear end design, one that should prove to be more practical as well thanks to the hatchback layout.

Apode promised that in order for DS to live up to its high-end status, it will not begin to mirror what the competitors are doing, mentioning the firm’s models will not “copy a car from Mercedes.”

Underneath the stylish body will be the same EMP2 platform that has underpinned the new Peugeot 508, itself one of the most attractive models in its class. Electrification is a given, so expect a plug-in hybrid setup to join the conventionally powered gasoline and diesel powertrains.

PSA has been eyeing a return to the United States for quite some time, but it hasn’t decided which brand it will launch first. Should DS take that role, the unnamed flagship could prove to be an interesting alternative to more established luxury players.