Schumacher to base 2012 decision on form next year - brother 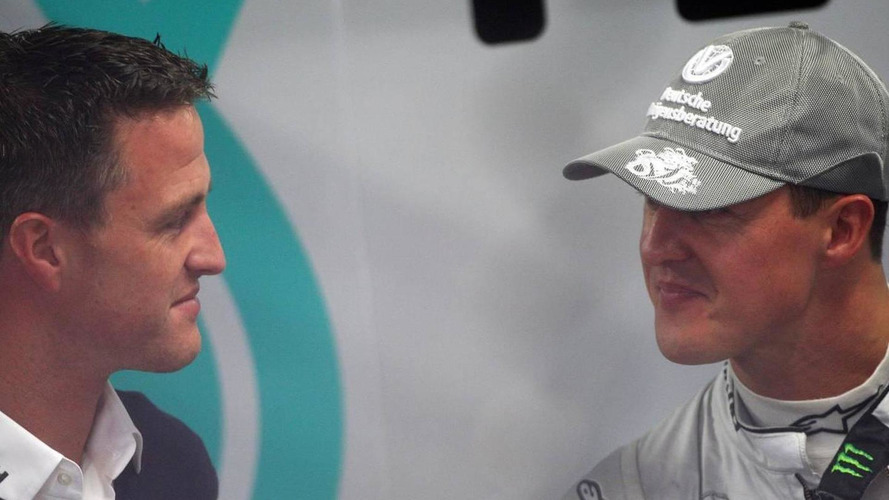 Ralf Schumacher on Sunday indicated he thinks it is possible 2011 will be his older brother's last season in formula one.

Ralf Schumacher on Sunday indicated he thinks it is possible 2011 will be his older brother's last season in formula one.

Mercedes this weekend denied reports that 41-year-old Schumacher could be shown the door is he again fails to match the pace of his teammate Nico Rosberg next season.

Currently, the seven time world champion is contracted to the end of 2012.

Asked about his brother's full three-year commitment, former Williams and Toyota driver Ralf Schumacher, standing in this weekend for absent RTL commentator Niki Lauda, said: "You have to be realistic, and Michael is a realist.

"If he finds out next year that it is still not working, he will base his decision on that," added the German.

Another rumour flying about at Suzuka this weekend is that Felipe Massa could leave Ferrari at the end of the year, even though Sebastien Buemi laughed at wild Italian reports indicating he might be the replacement.

"I will have a Ferrari engine but not a Ferrari car," the Toro Rosso driver told BBC television.

And Ferrari team boss Stefano Domenicali also said it is "categorically wrong" that Massa, who failed to qualify inside the top ten on Sunday morning, is leaving the team.