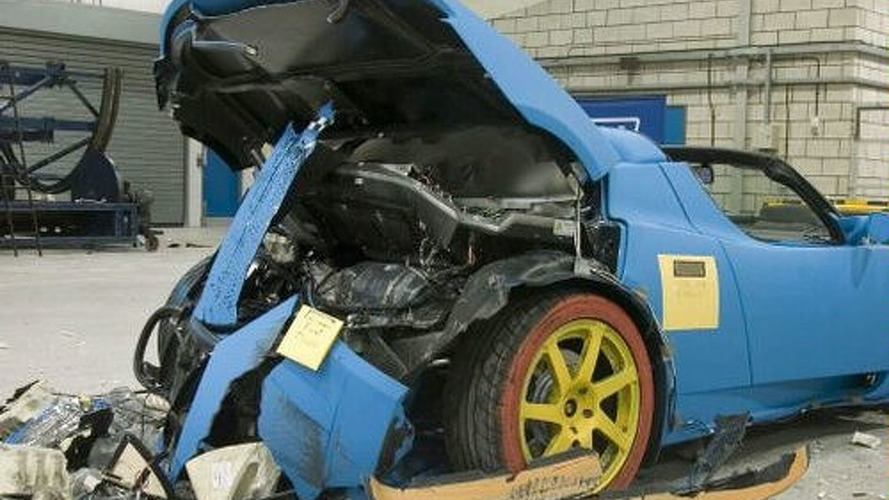 The green-minded enthusiasts who have put down deposits on Teslas have one less concern weighing on their minds today.  In the wake of recent organizational upheaval, Tesla Motors released some good news for those eagerly awaiting the electric sports car's pending introduction.  After a final round of crash tests, the Tesla now meets U.S. Federal Motor Vehicle Safety Standards (FMVSS).  With that hurdle cleared, the car officially meets DOT and EPA requirements to be sold in the United States.  Production is scheduled to begin March 17 of this year.

According to Malcolm Powell, Vice President of Vehicle Integration with Tesla, crash testing was only part of the gauntlet of tests the Tesla had to pass:  windshield defrosting, mirror coverage and EPA Clean Air Act requirements were also necessary.  Specific details of how well the carbon-fiber-bodied Tesla crashed haven't been released, but the company announced that it did pass and that the car has been approved for U.S. sale, thereby keeping the company on track to begin delivering cars as scheduled.  Currently, the only mechanical change to the Tesla is a one-speed transmission that will be used on early production models.  Acceleration is limited, from the blistering 4.0 second 0-60mph time promised to a more sedate 5.7 seconds, but the single-speed gearbox is reportedly more durable than the two-speed transmission that was originally planned.  Tesla is in the process of developing the faster transmission for production but plans to begin limited production on schedule with the interim transmission.