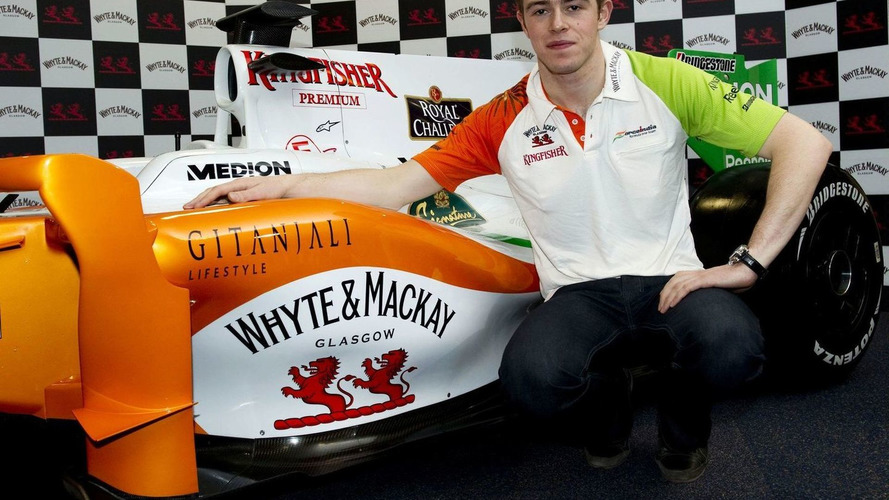 Paul di Resta on Friday appeared to have taken a step away from his formula one debut.

Paul di Resta on Friday appeared to have taken a step away from his formula one debut.

It was believed the Scottish rookie, already the Silverstone based team's reserve and 'Friday' driver this year, had agreed a deal to race with Force India in 2011.

But deputy team principal Robert Fernley at Suzuka answered "yes" on Friday when asked if the team's same drivers, Adrian Sutil and Vitantonio Liuzzi, will also be at the wheel of next year's Mercedes powered cars.

Di Resta is also a top driver in the German touring car series DTM, but Mercedes' Norbert Haug said he cannot control whether the 24-year-old will be placed in F1 in 2011.

"It's not in our hands," said Mercedes' motor sport vice-president. "Of course we have discussions with Force India. We have a good relationship but it is not our decision at the end of the day."

At the same time, Haug was fending off reports in the German press suggesting Mercedes has told Michael Schumacher he will be ousted if he doesn't perform next year.

"This is an interpretation of what was said, but of course there is no ultimatum," said Haug.

Another interesting piece of driver news in Japan is that Sergio Perez, Sauber's new rookie Mexican to debut in 2011 with Telmex backing, has joined Ferrari's driver development academy.

"I can say that the communal Latin culture will help him as it helped me in this my first year in Maranello," said Fernando Alonso on Friday.