Nurburgring Record-Breaking Gumpert Apollo Can Be Yours For $397K 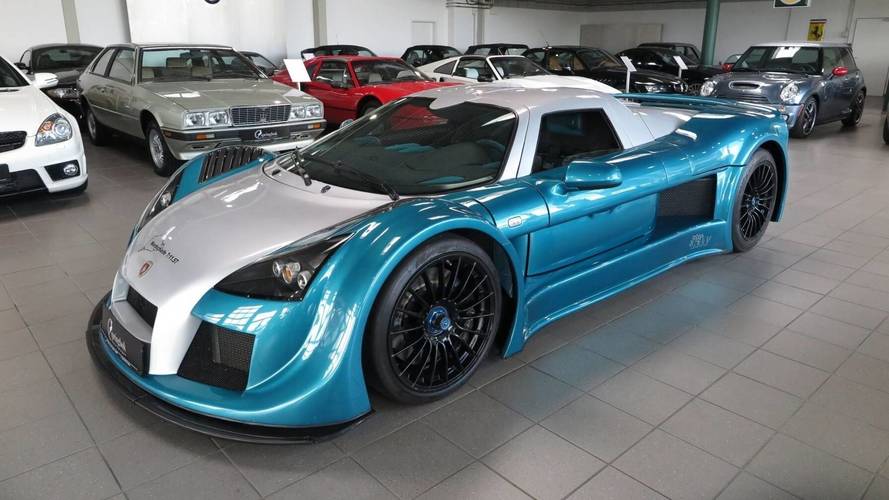 While nowadays several high-end automakers are eager to talk about setting a new record around the Nürburgring for the fastest production car, very few were interested about this topic nearly a decade ago. On that short list was the former Gumpert company, known for its Apollo missile pictured here. This bi-color beast is the very same car that made history on August 13, 2009 when it lapped the Green Hell in 7 minutes and 11.57 seconds. Here’s low-res onboard footage from the run:

Now, the car can be yours.

The Audi-powered Apollo Sport driven by Sport Auto magazine’s Florian Gruber is up for grabs at Springbok Sportwagen GmbH in Germany for a cool €333,000, which works out to $397,000 at current exchange rates. It hasn’t been used that much, with the odometer reading just 9,320 kilometers or 5,792 miles.

At the heart of the Apollo Sport is a biturbo 4.2-liter V8 with a monstrous 691 horsepower – a number which is still impressive even by today’s standards. All that Audi power is channeled to the rear wheels through a sequential gearbox to allow the 2,645-pound (1,200-kilogram) machine hit 60 mph (96 kph) in 3 seconds. Flat out, it will do 224 mph (360 kph).

Getting back to the record lap it managed to achieve, 2009 was a long time ago, so naturally it has been improved since then several times. Right now, the Porsche 911 GT2 RS is the lord of the ‘Ring with a time of 6 minutes and 47.3 seconds. The McLaren P1 LM did it in 6:43.2 while the electric Nio EP9 was clocked in at 6:45.9, but these two are not regular production models.

Mercedes-AMG has suggested it could take down the record with its Project One, not just the one for road-going cars, but also the all-time record established on May 28, 1983 by Stefan Bellof in a Porsche 956 race car. Meanwhile, the upcoming Lamborghini Aventador Superveloce Jota could dethrone the Porsche.