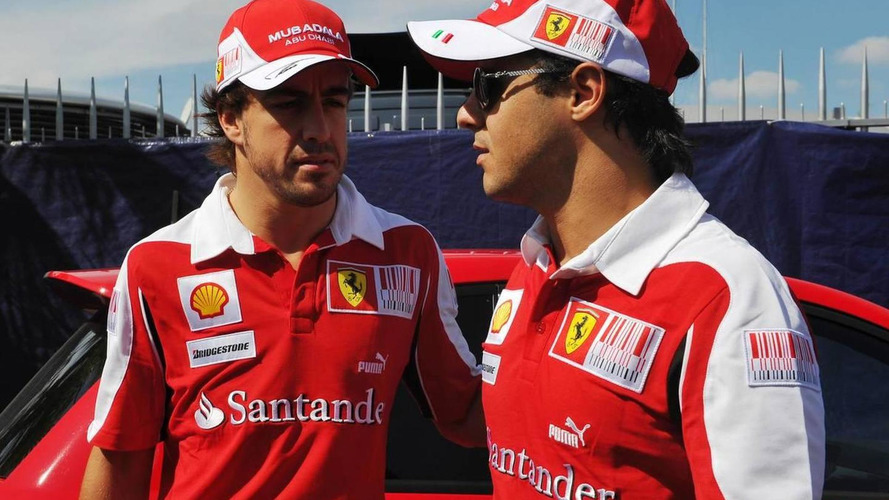 Felipe Massa has scolded a German newspaper for misquoting him ahead of the Japanese grand prix.

Felipe Massa has scolded a German newspaper for misquoting him ahead of the Japanese grand prix.

German weekly Sport Bild this week quoted the Brazilian driver as insisting "for sure I am not Ferrari's second Rubens Barrichello".

At Suzuka on Thursday, veteran Barrichello said he and countryman Massa are friends and was sure he would not have made disrespectful comments.

"It wasn't something I said. I spoke to the journalist today and they apologised.

"I am very open about what I said, but it wasn't that," Massa continued. "I was upset with what came into the press, because it's not nice to read an interview and it's completely the opposite of the truth.

"The question was 'would you accept being a second driver' and I said 'no because I race to win,'" said the 29-year-old.

Massa's teammate Fernando Alonso also scolded the publication, hinting that he senses an attempt to destabilise Ferrari for the benefit of fellow title charger Sebastian Vettel.

"I don't think we are going to get nervous about what is said by a newspaper from a country with a driver in the fight for the title," the Spaniard is quoted by the AS sports daily.