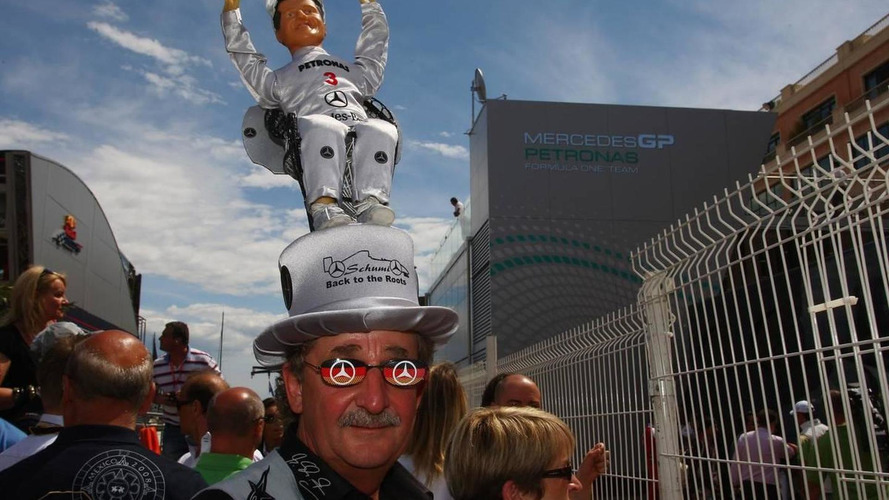 Mercedes is reportedly losing money in the area of trackside merchandise sales in 2010.

Mercedes is reportedly losing money in the area of trackside merchandise sales in 2010.

The Cologne tabloid Express reports that Red Bull is selling the most merchandise at grands prix this year, followed by Ferrari.

The report said Allsport charges teams more than EUR20,000 for merchandise booth rental at races, which in addition to hiring staff and buying the merchandise adds up to about a EUR50,000 spend per race for the top teams.

In addition to Michael Schumacher's multi million euro retainer this year, it might be said that Mercedes should look again at its expenditures.

But competition director Norbert Haug is quoted as saying: "The media value is a hundred times the numbers you are talking about.

"But I generally don't comment on figures," added the German.