2018 Buick Excelle Unveiled As An Opel Astra Sedan For China 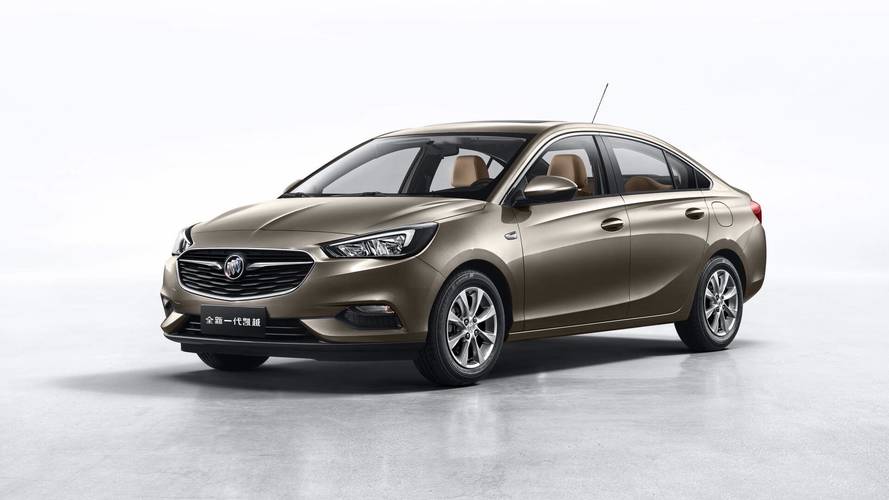 You can also think of it as the Buick Verano the U.S. is not getting.

Opel introduced the Astra K in Europe back in 2015 as a five-door hatchback that was shortly followed by the more practical wagon, yet it’s still selling the sedan based on the previous-generation model. The four-door model is now making the transition towards the latest Astra, but for the time being only in China where it will be sold as the Buick Excelle.

Just one official image has been released so far and it shows the compact family sedan with a predictable design echoing the hatchback and wagon body styles, but obviously with a different rear end. While the wheelbases of those two measures 2662 millimeters (104.8 inches), the distance between the two axles of the sedan is a little bit shorter, at 2611 mm (102.8 inches). Even so, it’s still 11mm (0.43 inches) longer than that of the previous-generation Buick Excelle.

Don’t hold your breath for a U.S. equivalent of the Excelle taking into account Buick terminated production of the Verano at the Lake Orion factory in Detroit way back in October 2016. With more and more people deciding to go with crossovers and SUVs to the detriment of cars, it seems highly unlikely the Verano will return stateside in the near future.

It remains to be seen whether the CN-Spec Buick Excelle will have a European counterpart in the shape of a new Opel Astra Sedan, one that would rival the likes of the Renault Megane Sedan. The folks from Rüsselsheim, now managed by the PSA Group, haven’t said anything about switching to the new generation at the factory in Gliwice, Poland where the Astra J-based sedan comes to life together with the latest Astra as well as the droptop Cascada sold in the U.S. as a Buick.

The introduction of the Excelle sedan in China follows the launch of the upgraded Excelle GT (hatchback) and Excelle GX (wagon) in October 2017.

SHANGHAI – The Buick Excelle has been among the most popular family sedans in China, with nearly 2.7 million sold since the nameplate was first introduced in late 2003.

The new-generation Excelle is new from the ground up. It adopts Buick's latest design language, giving it a modern and dynamic exterior that will appeal to younger customers.

Its 2,611-mm wheelbase is 11 mm longer than that of its predecessor. This enables a higher and wider body, along with a more spacious and comfortable interior. In addition, the new-generation Excelle incorporates many new technologies and technical standards for connectivity, driving control, fuel consumption and safety.

Buick is an international brand offering vehicles with sculpted designs, luxurious interiors and thoughtful personal technologies, along with responsive-yet-efficient performance. Buick is attracting new customers with its portfolio of award-winning models in North America and China. Buick has sold over 9 million vehicles in China since its introduction by SAIC-GM in 1998.