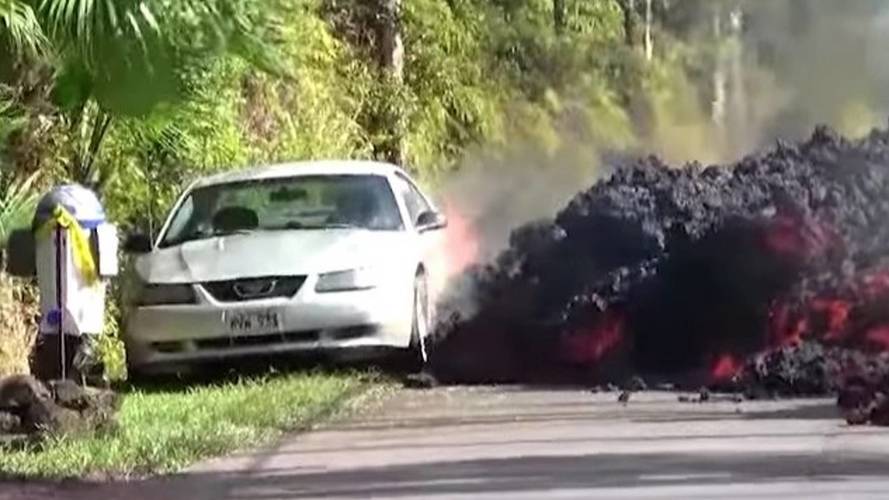 He also left behind a junk truck.

When Michael Hale saw the video of the lava flow engulfing his Ford Mustang, his attention wasn’t on the car at all. Instead, he fixated on the R2-D2 mailbox in front of the Mustang – a gift his daughter made him for Christmas a few years ago.

“That had sentimental value,” Hale told WXChasing.com in an interview. “The Mustang, I do have other cars.”

Before the eruption and six to 10 earthquakes that proceeded the lava flow on the big island of Kilauea, Hawaii, Hale was working on the Mustang. He didn’t save it because he ran out of time and it needed a jump. He did save several of his vehicles before seeking refuge as they’re vital to a small car-rental business. The Mustang fell to the bottom of the list as he and his friends raced to round up his other possessions.

“Before the eruption, I had friends over moving cars,” he said in the interview. “We moved all but two cars, actually. [The Mustang] and a junk truck. The Mustang was one I was working on. It currently needed a jump.”

To Hale, the Mustang wasn’t even on his mind as he was rushing to save what he could.

“My mind was all about … what do I grab,” he said. “My mind goes blank. Everything looks like junk. Nothing of it do I need. But we’re there to grab things, and they’re asking what to grab, so I say just grab whatever looks valuable.”

So far, the natural disaster has engulfed 104 acres on the island, destroying three dozen structures that include at least 26 homes. The eruption has displaced an estimated 1,700 have so far.

There’s been an outpouring of support for Hale since video of his Mustang being engulfed went viral.

“I’m up and down,” Hale said through tears. “The love that I hear from everybody else is giving me support. … I’ll be okay.”