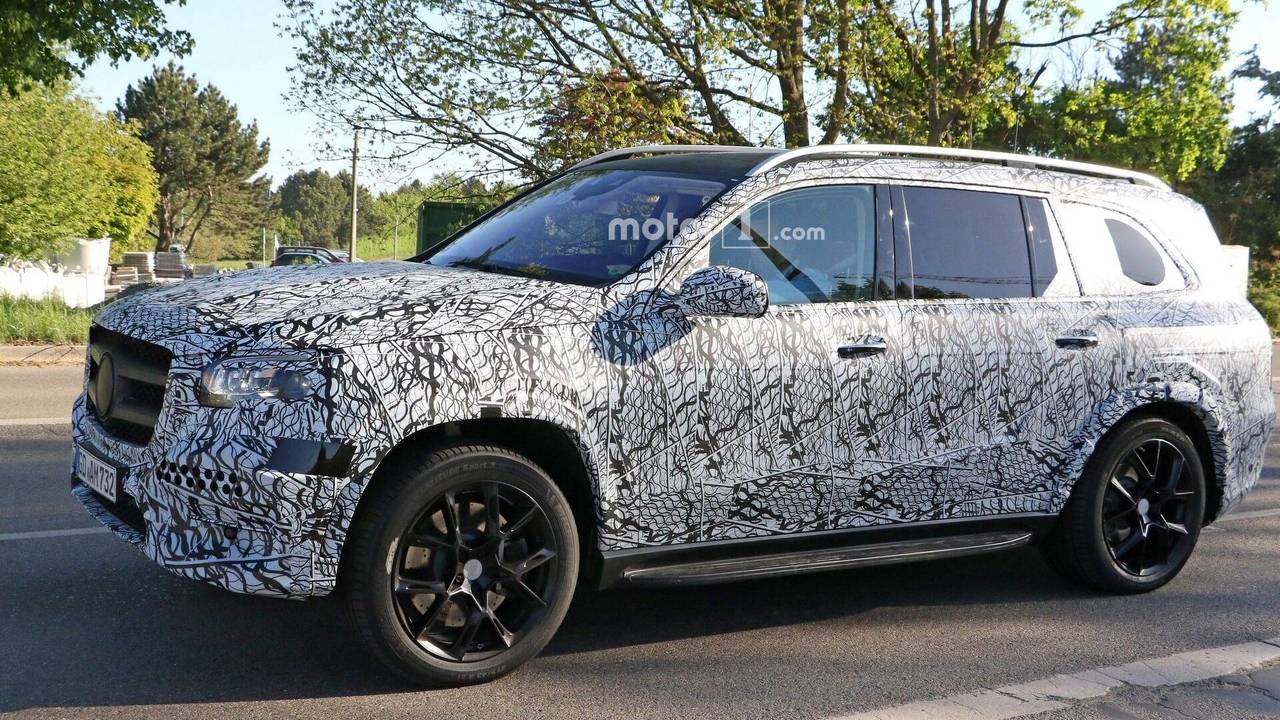 Will have to fight the BMW X7.

While BMW is putting the finishing touches on the next-generation X5 and the first-ever X7, Mercedes is not wasting any time either as it’s working on the all-new GLE and the GLS. After sharing a generous batch of spy shots with the midsize luxury SUV from Daimler earlier this week, today we are able to bring fresh shots depicting its bigger brother, the revamped GLS.

We’re getting the feeling the two luxobarges will have similar exterior designs, but with a sportier approach for the GLE and a more upscale styling direction for the GLS to match its status as Mercedes’ flagship SUV. Still carrying a substantial amount of camouflage, the revamped fullsize SUV was spotted in the company of a CLA Shooting Brake and the latest CLS, while in one of the shots we can see the prototype patiently waiting behind the Q7.

Look closer and you’ll notice there were actually two prototypes testing together, featuring different designs for the black alloy wheels. Perhaps it’s because of the disguise, but the GLS appears to be an upsized GLE from some angles, which can be both good and bad depending on whom you’re asking. Aside from largely sharing the designs, the two SUVs will also utilize the same MHA platform and that should shave off a significant amount of weight in both cases.

Having seen Mercedes’ MBUX infotainment system in the latest A-Class, it’s safe to say the next-gen GLS will also retire the COMAND setup for the new fully digital display likely with a similar pair of 12.3-inch screens. The rest of the technology available should match that of the S-Class, which was refreshed last year.

Taking into account the GLE prototypes had significantly less camo than these spotted GLS test vehicles, it means the smaller of the two luxury SUVs will be unveiled first. Expect to see the GLE either by the end of this year or early 2019, with the GLS to follow before the end of the decade as a 2020MY in the United States.