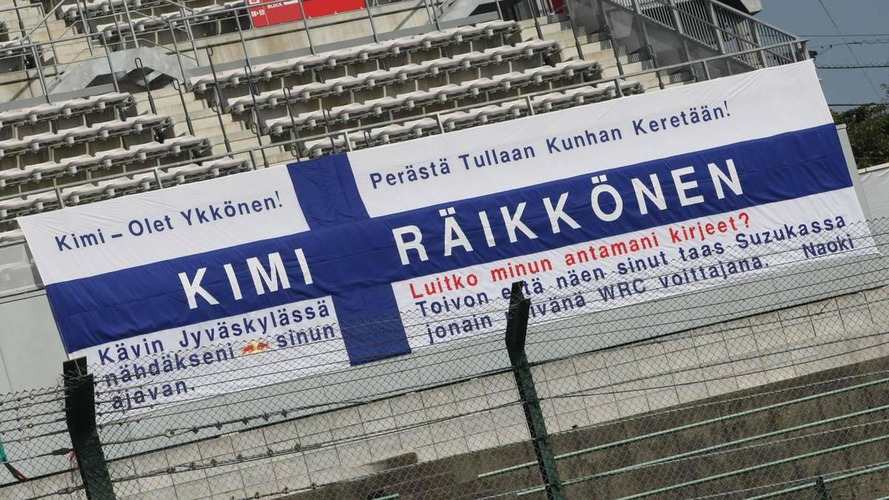 Renault figures on Thursday hit back at Kimi Raikkonen's claim the Enstone based team used him for marketing purposes.

Renault figures on Thursday hit back at Kimi Raikkonen's claim the Enstone based team used him for marketing purposes.

After bosses Gerard Lopez and Eric Boullier repeatedly commented on rumours the Finn had expressed interest in joining Renault for 2011, Raikkonen slammed Renault and said he was "very disappointed" about the team's media approach.

But confirmed Renault driver Robert Kubica told reporters at Suzuka on Thursday: "What he (Raikkonen) said I think was completely different to what the overall picture was looking like."

The Pole said he is disappointed about Raikkonen's decision.

"I'm surprised because personally I thought there was a chance of him coming," said Kubica.

And team boss Boullier is quoted by Reuters: "We have not piggy-backed on Kimi's image at all."

A strong paddock rumour is that Renault has now decided to keep Vitaly Petrov. His manager Oksana Kossatschenko would not comment.

If confirmed, the news will disappoint Nick Heidfeld, who this week also learned he will not be retained by Sauber for 2011 because the Swiss team has signed Sergio Perez.

"I didn't know about it (the Perez deal) before I signed," the German said on Thursday.

And Vitantonio Liuzzi, despite earlier insisting he has a firm contract to stay at Force India next year, has now revealed he and the Silverstone based team "haven't talked yet" about 2011.

It is believed Paul di Resta has inked a deal to race.

"At the moment we're just focused on finishing sixth in this championship and then we'll talk," said Italian Liuzzi.