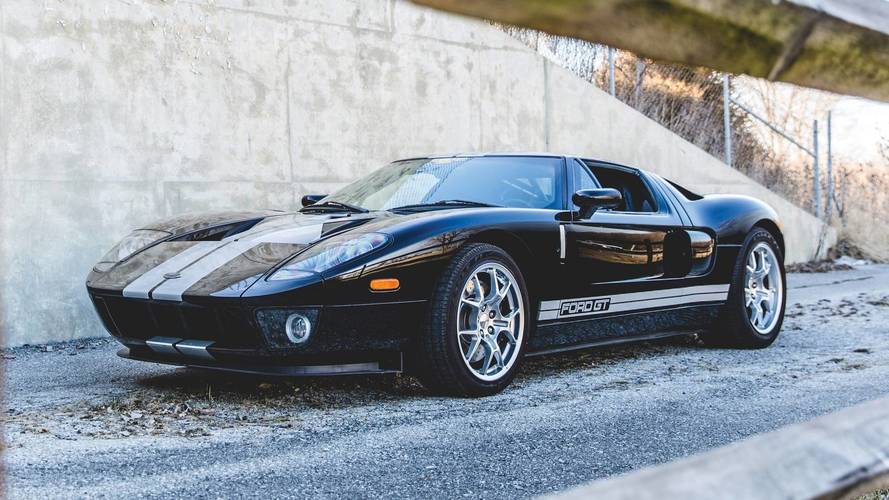 If you have an extra $300,000 lying around, you can bid on it at the upcoming RM Sotheby’s Auburn Spring sale.

Alongside a sea of stunning classics that will cross the auction block in just a few days, this 2006 Ford GT supercar stands out. At the upcoming RM Sotheby’s Auburn Spring sale, you can bid on this outrageously beautiful coupe, which has driven just 3,800 miles (6,115 kilometers) since production. It’s one of the lowest-mileage examples we’ve seen on the market, and it should fetch some serious catch when it crosses the block.

RM estimates that it could go for anywhere from $250,000 to $300,000 when doors open to the Auburn Spring sale on May 12, 2018. That would make it roughly double the cost of the car when new, but about on par with other examples of this generation and mileage. A nearly identical example is listed on the site Bring a Trailer, and boasts just under 6,000 miles (9,656 kilometers).

Finished in a black paint job with silver racing stripes, this particular GT is stunningly fitted. It’s one of just 182 examples in Mark II Black with full silver body stripes, and comes with a few factory options to boot, including forged BBS wheels, and an upgraded McIntosh stereo system.

The car has been displayed a few times at local shows, including the the Louisville Concours d’Elegance at Churchill Downs in 2009. So, if you’re in the market for a handsome piece of American history – and you have deep pockets – look no further than this beautiful coupe.