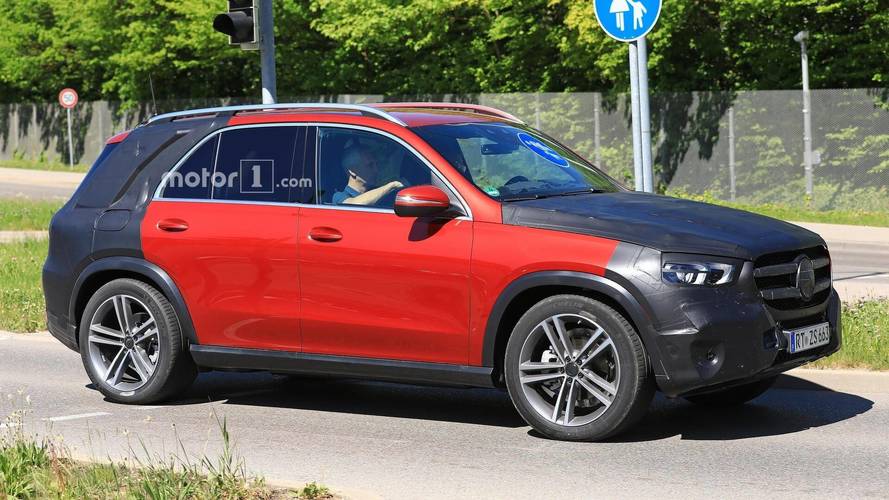 The two test vehicles may look the same at a first glance, but they're actually different.

It was only yesterday when we shared a spy video of the new Mercedes GLE and now the very same prototype has been spotted by our spies in the company of another test vehicle. Both work-in-progress SUVs had the same candy red paint and 21-inch alloy wheels, but look at their front fascias and you’ll notice the two were actually different trim levels.

The prototype with the license plate ending in “618” appears to be a sportier version with a more aggressive look and a beefier front bumper hiding underneath the black plastic cladding. Another difference between the two can be seen by checking out their side profiles where the “663” prototype lacks the other vehicle’s running boards. At the back, the two appear to be virtually the same, save for the “8” and “9” white labels in the top-left corner of the rear glass.

Our spies were not able to take pictures of the interior this time around, but that’s not much of a secrecy taking into account a prototype of the new GLE was spied inside more than a year ago (see photos below). Since then, we have learned the new luxury SUV will eschew the aging COMAND infotainment system to make room for Mercedes’ swanky new MBUX setup inaugurated with the latest A-Class. Eventually, it will be available on virtually all models.

As far as the engine lineup is concerned, logic tells us it should basically mirror the generous array of mills offered for the E-Class, all the way up to a 429-horsepower, inline-six GLE 53 hybrid and a 603-horsepower GLE 63 S.

Look for a debut in the latter half of the year, with the not-a-coupe GLE Coupe probably slated to arrive before the end of the decade with its swoopy roofline.