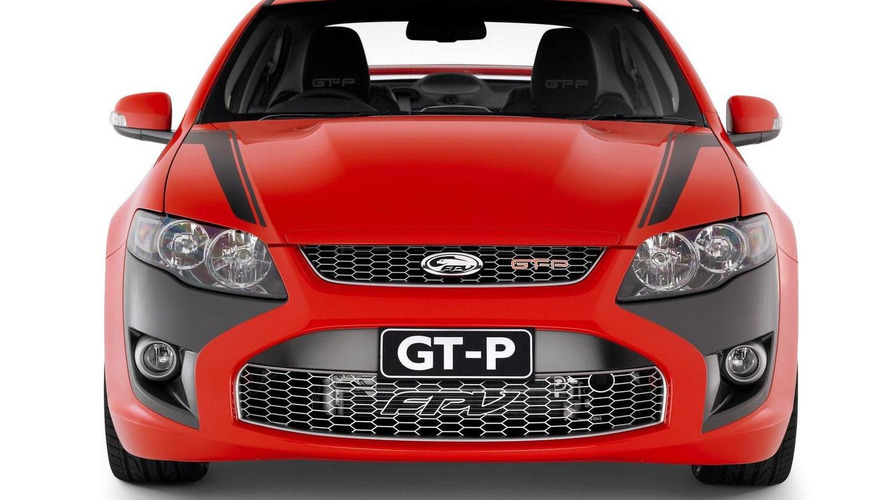 Here's some thunder from down under.

The 'Miami' engine is based on the V8 that powers the US-market Mustang, but one that also has its own locally-sourced parts and was developed in Australia by Prodrive. The power plant produces a total of 450 bhp (335 kW/455 PS) and 570 Nm of torque and will be fitted to all three GT models in the same power configuration. The 5.0 liter is an all-aluminum cast engine featuring double overhead cams and 32 valves and is a full 47 kg lighter than the 5.4 liter Boss engine (315 kW) it replaces.

Distinguishing markers for the new GT and GT-P editions are a side-body 'hockey stick' stripe and the "Boss 335" badge which references the famed Boss Mustang from 1970. They also share the same bonnet and rear wing graphics. The comfort/luxury-oriented GT-E edition is free of those marking to keep its look understated but still comes with discrete FPV badging inside the cabin.

The GT and GT-P models come with 5-spoke, 19-inch alloy rims - the former with Dark Argent accents, the latter with Sparkle Silver. The GT-E gets the more elegant 10-spoke 19-inch wheels in Alpine Silver.

All three models get a bi-modal quad exhaust system.

11 body colors, 3 stripe combinations and 3 interior trim colors are on offer for the GT and GT-P editions. The GT-E is offered in 8 body colors with 2 color choices for the interior.

The FPV GT, GT-P and GT-E models go on sale in Australia on October 25.