718 Boxster GTS not enough? Then you'll have to wait for this.

They say a (spy) picture is worth a thousand words, but when it comes to seeing prototypes of future models undergoing testing, a video is always better. Here we have the hardcore 718 Boxster Spyder that Porsche has been working on for quite some time. The Boxster may be the company’s entry-level sports car, but this one is significantly different than the others as it’s expected to borrow the engine from the 911.

That’s right. The soundtrack is provided by a flat-six unit taken from the 911 GT3, so it’s a naturally aspirated 4.0-liter. In order to avoid stepping on the more expensive model’s toes, Porsche’s engineers are allegedly detuning the engine to somewhere in the region of over 400 hp (298 kW). As a refresher, the GT3 offers 500 hp for anyone willing to pay the $143,600 base price, and the same engine is also found in the $187,500 GT3 RS where it pushes out an extra 20 hp.

There’s virtually no camouflage on this near-production prototype, thus giving us once again the opportunity to have a good look at the final design of the range-topping 718 Boxster. If you want a fixed metal roof instead of the fabric top, Porsche is also working on a similar 718 Cayman GT4 also set to use the 911 GT3’s engine. The coupe will once again spawn a Clubsport derivative for enthusiasts looking for a new track-only toy.

Both flagship 718 models will likely be unveiled later this year and will obviously be positioned above the turbocharged 365-hp GTS models. We won’t be too surprised if the two will end up as limited-run special editions rather than fully fledged production models. As for price, expect to pay a hefty premium over the $82,800 Boxster GTS and the $80,700 Cayman GTS. 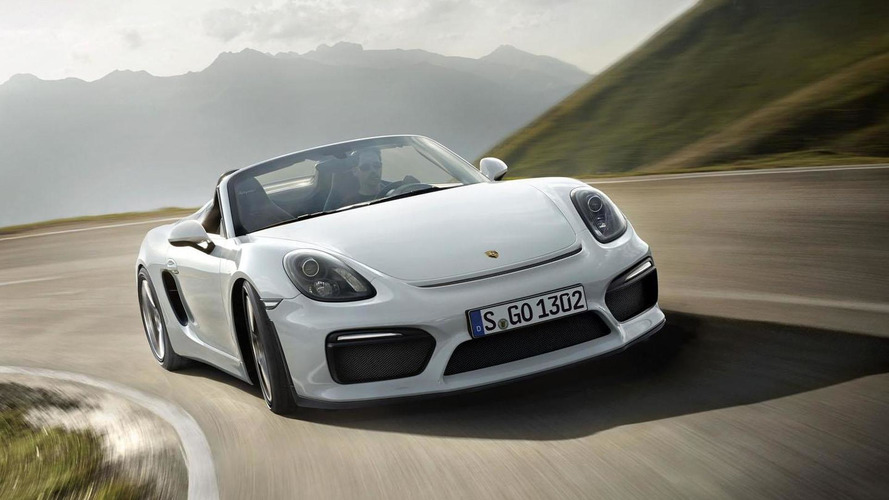