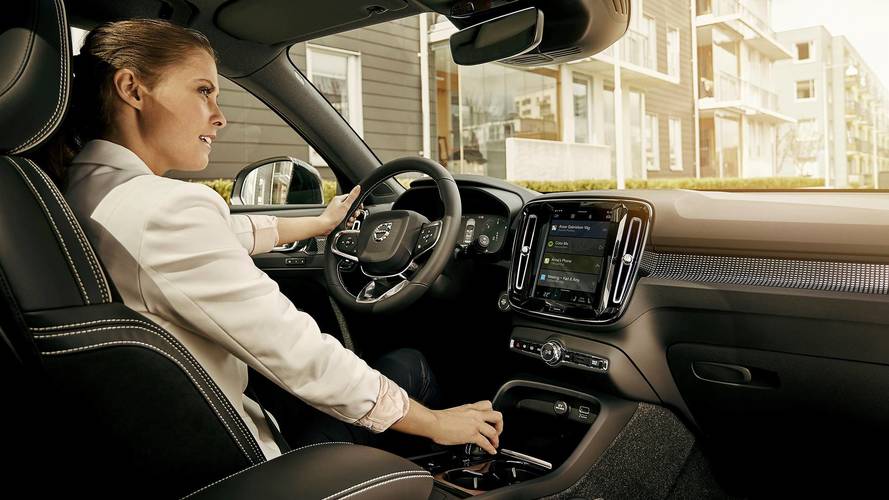 In just a few short years, when you slip into a brand-new Volvo vehicle, the company’s Sensus infotainment system will have a familiar feel if you’re a Google Android user. In May 2017, the companies announced a partnership where the two would co-develop the next-generation communications systems for Volvo vehicles based on the Android operating system. Today, that partnership moves forward with Google integration into Volvo’s infotainment system.

Volvo will integrate a host of Google features right into the car, offering services such as Google Maps, Google Assistant, and the Google Play Store. The Google Assistant will allow for a centralized interface, giving drivers control of various in-car functions such as air conditioning, play music, and send messages while helping to reduce driver distraction. The store will also host thousands of additional apps optimized for use through Android Auto.

Volvo’s use of Google will allow the tech company’s app store to keep the in-car software and the various applications up to date, giving drivers the best predictive services. Google Maps will provide Volvo vehicles real-time traffic data and the most up-to-date maps.

The first Android-based system should launch in a couple of years from now. Even with the partnership, Volvo plans to continue developing its own apps, software, and connected services, so while your Volvo experience may feel Google-centric in just a few years, rest assured Volvo will have its own services available.

There’s no word if Volvo and Google’s partnership will affect the availability of Apple CarPlay in future models.

Volvo Cars, the premium car maker, today announced it is working with Google to embed the voice-controlled Google Assistant, Google Play Store, Google Maps and other Google services into its next-generation Sensus infotainment system, based on Google’s Android operating system.

Volvo Cars’ intended partnership with Google will further enhance the way Volvo customers engage with and interact with their cars. Apps and services developed by Google and Volvo Cars are embedded in the car, plus thousands of additional apps are available through the Google Play Store that is optimised and adapted for Android-based car infotainment systems.

Since the next generation of Sensus will run on Android, new apps and software updates will be available in real-time and can be automatically applied. This allows future Volvo cars to react to customer needs and offer drivers up-to-date information and predictive services.

The Google Assistant provides a central voice interface for the car that allows drivers to control in-car functions such as air conditioning, and use apps to play music and send messages. This integration contributes to reducing driver distraction, helping drivers keep their eyes on the road at all times.

Today's announcement builds on the strategic relationship between Volvo Cars and Google, which began in 2017 when Volvo Cars announced the new generation of its infotainment system will be based on Google’s Android platform. The first Android-based system is intended to be launched in a couple of years from now.

Volvo Cars is committed to developing strategic relationships with third parties to broaden the range of connected services offered to Volvo customers, embracing the disruption currently underway in the car industry.

The company also continues to develop its own apps, software and connected services within the Volvo Car Group, using its growing force of software engineers.

"The Google partnership to be entered into is an important strategic alliance for Volvo Cars,” Henrik Green said. “The Android platform, Google services and Google’s working relationship with app developers in-house and worldwide will help us further improve the Volvo car experience.”